Worst MMA Injuries of All Time 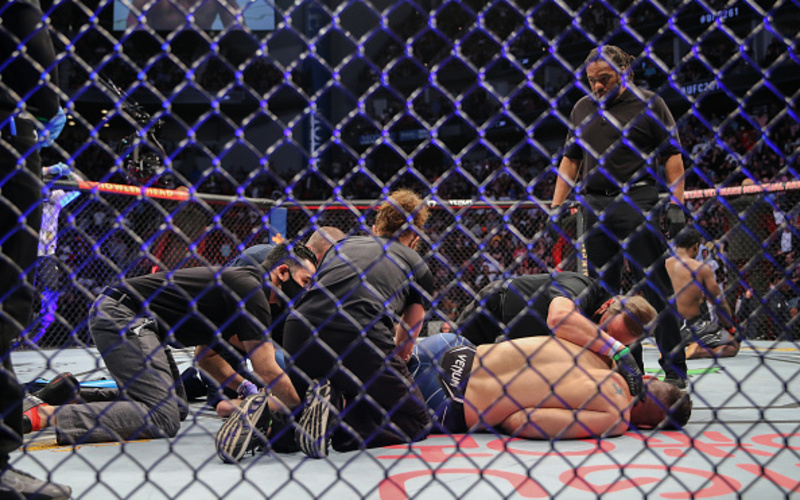 MMA injuries are certainly a hazard of the job and with it being Haloween, we look at some of the worst ones in history. Fighters enter the cage with nothing but 4oz gloves and a cup to protect them and naturally injuries come as a part of the job. The age-old saying ‘no one enters the octagon at 100%’ and that everyone has some kind of injury when competing is far from a myth.

The setting was London and the finish was voted the 2016 knockout of the year. Michael Venom Page faced off against Evangelista Santos and ultimately, broke his skull. The culprit was a jumping knee, following a step in right from ‘Cyborg’. It was immediately clear that Santos was in huge discomfort (and obviously so). As a consequence of this, Santos retired from professional mixed martial arts.

This is arguably the worst, most career-defining injury in MMA history.

In the UFC, there have been three devastating broken legs in recent memory. Firstly, Anderson Silva, secondly, Chris Weidman and finally Conor McGregor.

Anderson Silva’s broken leg was one of the worst we’d ever seen at the time. Facing Chris Weidman (ironically) in a rematch for the 185lbs strap, Silva attacked Weidman with an inside left leg kick, which was checked by the American. Silva’s leg wrapped around Weidman’s, instantly snapping. The agony was instant and obvious, Herb Dean called the fight off immediately. Silva wouldn’t compete for over a year and was never the same again. 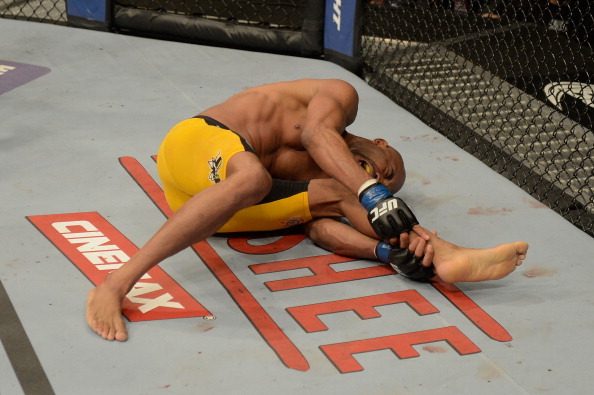 Ironically, Chris Weidman suffered the same fate eight years later. Facing Uriah Hall in a rematch of their 2010 bout, the first strike Weidman threw broke his leg. Hall was able to check the attack, instantly breaking the leg of the former champion.

We’ve seen all the fallout of Conor McGregor’s shin break at UFC 264. The injury stole the story in the Irishman’s trilogy fight with Dustin Poirier. We can’t be 100% sure when McGregor broke his shin, as there were a number of kicks that landed that could have shattered the bone. We broke down when we think it could have happened in our in-depth podcast on the matter. You can check the podcast out here. 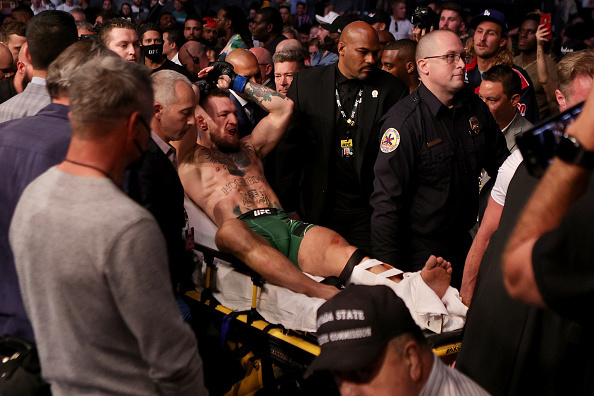 LAS VEGAS, NEVADA – JULY 10: Conor McGregor of Ireland is carried out of the arena on a stretcher after injuring his ankle in the first round of his lightweight bout against Dustin Poirier during UFC 264: Poirier v McGregor 3 at T-Mobile Arena on July 10, 2021 in Las Vegas, Nevada. (Photo by Stacy Revere/Getty Images)

Following the leg break, many decided to take shots at McGregor, including Khabib Nurmagomedov, Floyd Mayweather and Jake Paul.

When will the UFC improve the style of their gloves? If the gloves were a little more curved, it could very easily limit the eye poke threat and limit the number of fights that are being stopped due to eye pokes. One of the worst ones we have seen in recent memory is Leon Edwards eye poke of Belal Muhammad. Of course ‘Rocky’ didn’t poke Muhammad in the eye on purpose, however, it rendered Muhammad unable to continue in his first UFC main event. Muhammad ended up crying blood, but luckily made a full recovery. 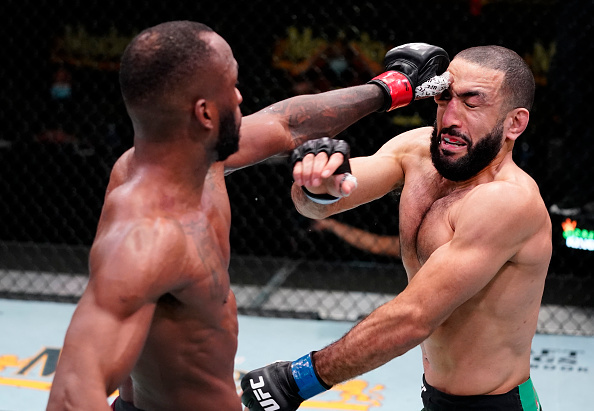 The thing is with heavyweights, it only takes one shot to end things. The thing is, it only takes one eye poke… or in this case, two… savage eye pokes leading to one of the most visually awful injuries in MMA history. Travis Browne finished Matt Mitrione via TKO in the third round of their bout back in 2016. The swelling on Mitrione’s eye is one of the most devastating things to ever be seen in the octagon. Mike Goldberg mentioned it on the broadcast, noting ‘that might have been from the pokes earlier’. It was, in fact, a punch that caused the swelling, but Mitrione’s vision was certainly compromised.

Broken orbital floor. This and the shoulder happened after the 2nd eye poke. I don’t think they would’ve happened pic.twitter.com/wFn1NC3j5Y

Now there are arguably more broken arms than any other injuries. The sheer number of armlock submissions available for fighters to utilise lead to regular injuries. Frank Mir caused one of the worst arm-breaks in history when he locked up a Kimura on Antonio Rodrigo Nogueira. Nogueira, one of the original pioneers of Brazilian MMA and fifth degree BJJ black belt refused to tap. The arm snapped leading to the end of the bout.

Mir is also the holder of another grim injury. Breaking Tim Sylvia‘s arm with an armbar to capture the vacant heavyweight belt. Interestingly, Sylvia didn’t tap, but luckily, Herb Dean saw the arm snap, stopped the fight and saved Sylvia from further injury.

Seconds later he was the UFC heavyweight champion 👊 pic.twitter.com/iJyLNGboEf

Other arm breaks that come to mind are Jacare Souza‘s at the hands of Andre Muniz, Jamahal Hill‘s arm injury against Paul Craig and Abdul-Malik Saidulaev‘s awful injury at ACA: Young Eagles 19.