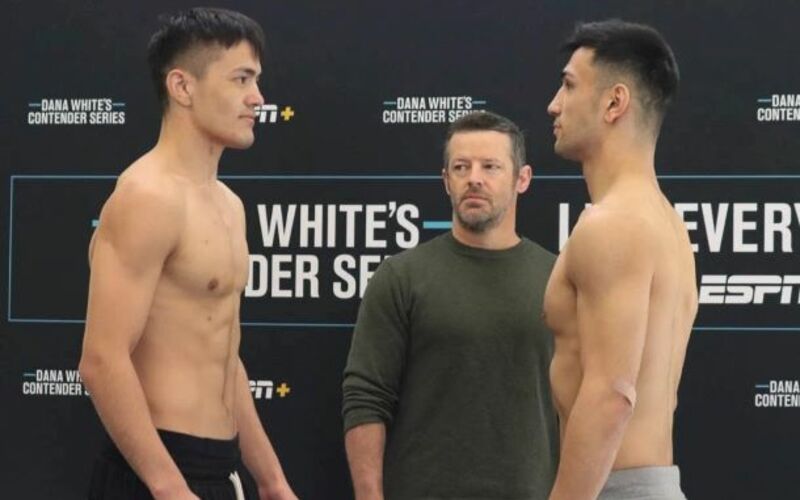 The final week of Dana White’s Contender Series is upon us, a sad reality for those who enjoy seeing the next wave of MMA talent crash in every Tuesday night. There is sure to be several fighters signed this week, with tremendous athletes traveling from the UK, Canada, the US, Brazil and China to the UFC Apex in Las Vegas.

Undefeated Canadian fighter Achilles Estremadura (7-0) gets the main event spot against Chinese-born Kazakh Maheshate (5-1). Maheshate is the final representative of the UFC Performance Institute in Shanghai, and the last of three this evening after flyweights Shang Zhifa (32-7) and Qiu Lun (14-7). While last week’s squad came up short, going 0-3, this week’s bunch hopes to pass their athletes into the world-famous Octagon.

At featherweight, Canaan Kawaihae (6-1) will look to make good on his second attempt at earning a UFC contract when he takes on Jonas Bilharinho (8-1-1). Since losing a decision to Chase Hooper on the Contender Series in 2018, Kawaihae went on to pick up one win in both Bellator and LFA, while Team Noguiera’s Bilharinho competes for only the second time in five years.

Former Titan FC flyweight champion Juan Puerta (22-6) finally gets a shot at the UFC to kick off the card, facing Zhifa Shang (32-7), who will enter the fight with the most prior fights in Contender Series history.