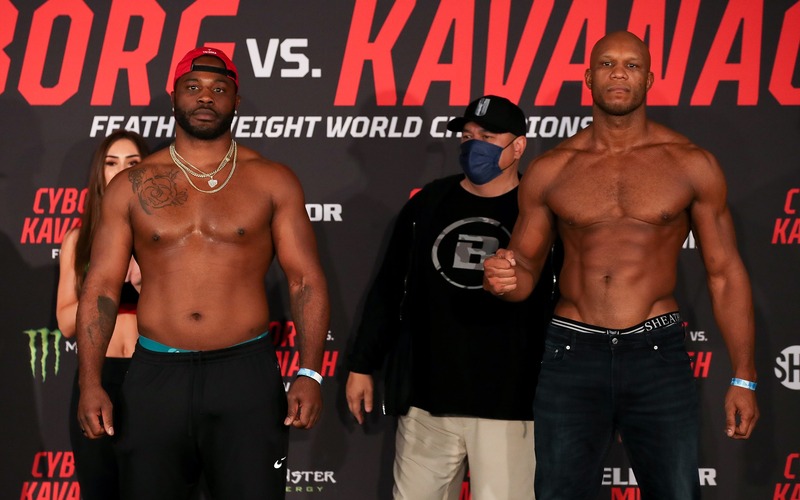 Less than two months remain in the 2021 year as another season for MMASucka staff picks nears its close once more.

A double-header is in store this weekend, the first of the two cards being Bellator 271 taking place tonight, November 12 from the Seminole Hard Rock Hotel & Casino in Hollywood, Florida. The event comes as one of only two left this calendar year, the final Bellator card of 2021 in approximately three weeks. Tonight’s main card will begin live at 10:00pm ET (7:00pm PT) on Showtime.

All-time great contender Cyborg looks to further her legacy once more as she is set to defend her belt for a fourth time since January of 2020. Another win for the well-rounded talent would be the 25th professionally of her mixed martial arts career, having a lone knockout defeat to Amanda Nunes in over the past 15 years. Cyborg’s opponent, Ireland’s Kavanagh, hopes to achieve one of the biggest upsets in combat history as over a +1500 underdog in her first promotional main event. The fight will be her first fight in over a year, lastly handing Germany’s Katharina Lehner her third consecutive loss.

Two other fights make up tonight’s main card at Bellator 271. Find our staff picks for the card further below.

The WINNER of staff picks in 2021 will have a choice between receiving a custom-made championship belt from ProAmBelts or a chain from Championship Chains. For the third straight year, Michael DeSantis captured the 2020 victory compiling a record of 201-88.

Who are the staff picking to win at Bellator 271: Cyborg vs. Kavanagh? Find out below. 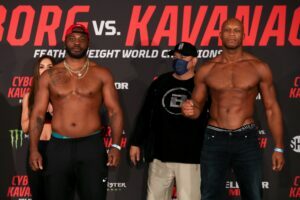