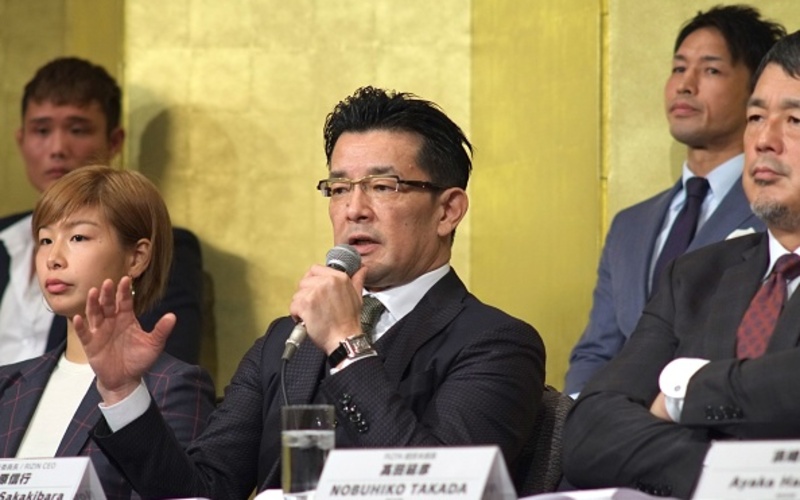 After Rizin 32, Nobuyuki Sakakibara held a press conference summarizing the event and, most importantly, shared the first information about the upcoming New Year’s Eve event.

Sakakibara said that even though he was present at the arena and in the commentator booth, he has not spoken to Tenshin Nasukawa, so he wouldn’t comment on speculations about the present status of potential Tenshin-Takeru matchup.

Rizin’s CEO declared that promotion will hold only two more events this year: the first edition of the Trigger series and the aforementioned New Year’s Eve event at Saitama Super Arena. More details will be announced at the beginning of December.

“The reason why the card announcement is delayed a little is that the deregulation of admission is about to be relaxed while talking with the Japan Sports Agency, and finally yesterday, a drastic deregulation measure was taken. Since it has been announced, the capacity (number of visitors) will be decided. Whether all tickets can be sold depends on the card, but even so, the sales will be decided depending on the number of tickets, so naturally the budget (budget) I wonder if it’s finally visible because the cards that can be assembled inside are decided. There is another RIZIN TRIGGER 1st within the month, so after that, I will announce the cards together without a break. I haven’t decided on the ticket sales schedule or unit price yet, so I’d like to do various work on the surface of the water within the month and announce it as Dawn at the beginning of the month.  I wanted to organize the cards on the assumption that the event would be held with a capacity of 100%.”

The semifinals and finals of the Bantamweight Japan Grand Prix are going to be amongst the main attractions of NYE card.

“The Japan Grand Prix has been decided, and considering the reserve match, there are four GP matches. And for next year, if Corona calms down as it is, it will be a World Grand Prix and the class will be Featherweight. Perhaps, we have decided to hold the Grand Prix and set an annual schedule, so we will also build a card with an eye on that World GP,”

He has also announced that fans can expect more foreign fighters to participate in upcoming events:

“As for overseas athletes, we have already received the cooperation and guidance of the Japan Sports Agency and the great recommendation from the Wrestling Federation, and we are already steadily applying for visas, so it is like before Corona in the past. It is difficult to say that there are more foreign fighters than Japanese at once, but we will proceed in the direction of having a large number of people enter the country and form a match up.”

There are close to 20 matchups planned, and there will be no split up for the morning and afternoon events. That means that fans would have to sit through all of them in one sitting.

“I think there are quite a lot of potential matchups. I don’t think about the two-part system in the morning and afternoon, and it may be about 20 fights from the opening. Therefore, the theme and direction of New Year’s Eve have been narrowed down based on today’s results so that they can be delivered during the living hours.”

In addition, matchups based on the results of this past Saturday events are also being considered. This means that fighters such as Koji Tanaka, Miyu Yamamoto, Bey Noah, and Bobby Ologun could get their wishes granted and fight at NYE event.