Sean Strickland Looking to Do His Own Matchmaking 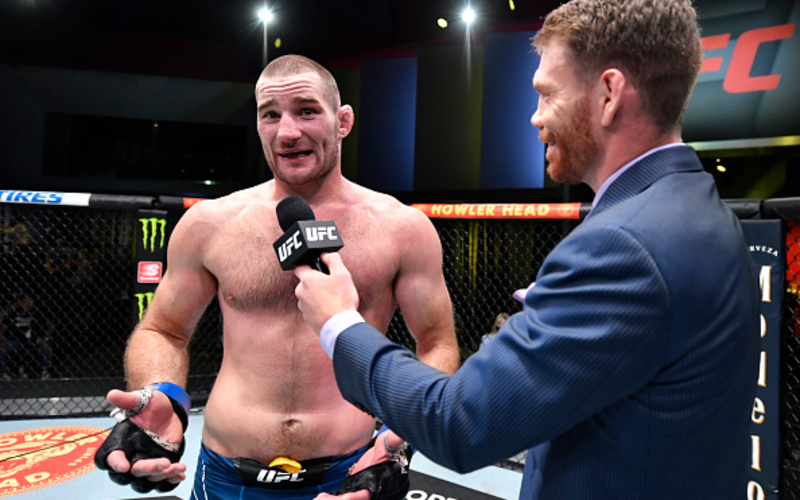 UFC middleweight Sean Strickland is looking for a fight and he is hoping he doesn’t need a YouTube show to find one.

He has been rumored to be matched up with Darren Till, which would be a fantastic matchup, but it appears that Strickland has no interest in that matchup. He was supposed to make a return at UFC 268 but sadly his opponent, the former UFC middleweight champion Luke Rockhold was forced out due to injury and no one was able to fill in. He had some decent momentum after the Uriah Hall stoppage earlier this year but it seems he may be losing that at this point.

Sean Strickland Looking to Do His Own Matchmaking

Strickland and Till both confirmed the matchup was offered to each other and targeted for March in a rumoured London card but it seems that fight won’t happen. Strickland instead took to Twitter to do two things, one was to further the rather crazy news he has been pushing out, and two, to call out two men.

Instagram blocked me, joked about a pedophile dying and I guess they didn't like it lol!!!! Anyways I'm not fighting Darren Till. I want Costa and if Costa can't put down the wine and cookies I want Jack.

It didn’t take long for one of the men, Jack Hermansson, to take the bait and let the world know he is all in on the idea.

I’m on the same page. Costa or you.

A more interesting matchup though could be the other man mentioned in Paulo Costa. Costa is coming off two straight losses with one being in a title fight to Israel Adesanya and most recently to Marvin Vettori in a fight he played around with the weight classes. Dana White has stated though that Costa wouldn’t fight at middleweight again which may complicate these plans. Maybe Strickland does a catchweight bout as he did against Brendan Allen to make this fight work because adding a name like Costa to his resume would do wonders.

The case for Hermansson though may make more sense, he has been alternating wins and losses since 2019 but as the sixth-ranked middleweight, just above Strickland, he would still allow Strickland to keep moving up.

What Strickland needs to make sure he does now though is stay away from the news cycle in any Jon Jones or any other crazy bad ways like he has because he has serious potential to earn a title shot this coming year. Middleweight has a ton of entertaining fights ahead of it and many of those could include Sean Strickland depending on the matchup.

Elsewhere, Uriah Hall has also been calling out Darren Till, the Brit is yet to comment, however.