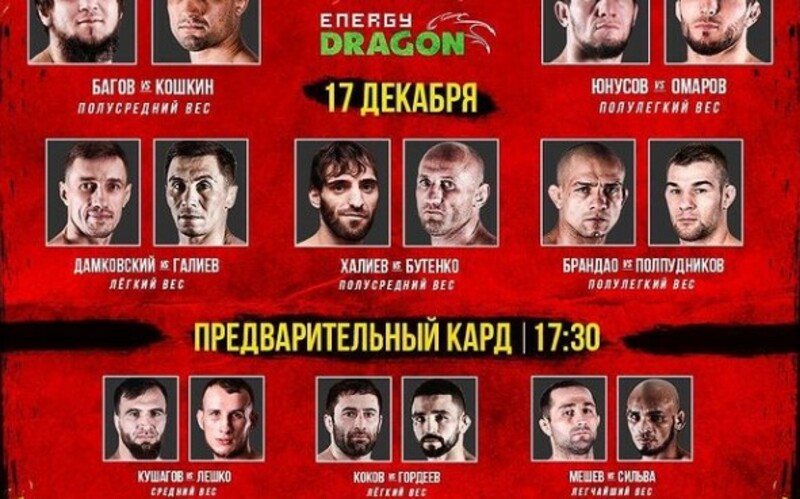 ACA is closing its year with an event held in Krasnodar, Russia. The 11-fight card will start with preliminary bouts at 9:30 AM ET/6:30 AM PT with the main part of the evening starting at 12 AM ET/9 AM PT. ACA 134 will be streamed online on the promotion’s website. MMA Sucka has fight fans covered with live results.

In the main event, former ACA Lightweight Champion Ali Bagov will be looking to continue his two-fight winning streak and get closer to number-one contender status. He has won nine out of ten last fights, with Murad Abdulaev defeating him by unanimous decision at ACA 110. Since then, he has come back to his winning ways by beating Elias Silverio and Tirek Mashrapov.

His opponent Denis Koshkin also has a two-fight winning streak and is placed third in the lightweight ranking. Getting a win over a former champion can elevate him to title contention.

Alexey Polpudnikov def. Diego Brandao via TKO (Punches), 0:54 of Round 3

Murat Gugov def. Dimitriy Mikutsa via Submission (Arm-Triangle Choke) at 4:20 of Round 3