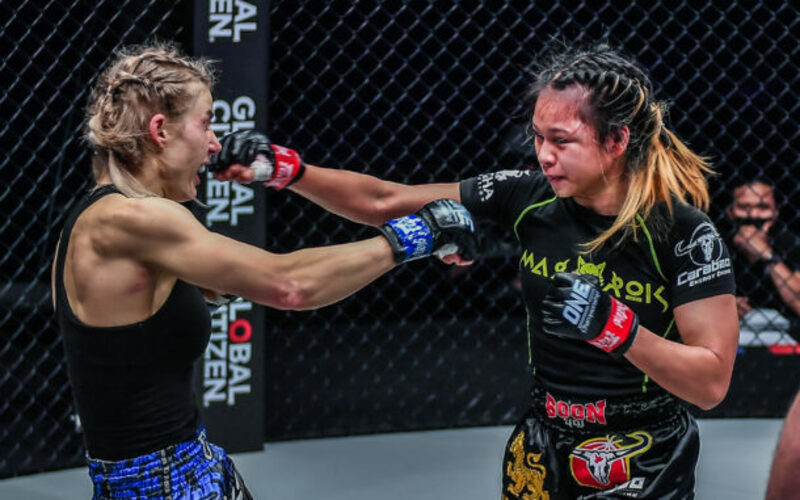 ONE Championship’s competition committee will not review the controversial decision between Supergirl and Ekaterina Vandaryeva from ONE: Heavy Hitters. Why? The committee no longer exists.

According to a source, per the South China Morning Press, the committee was disbanded at the end of 2021. Effective at the beginning of the new year, a new policy was implemented to no longer review controversial results.

At ONE: Heavy Hitters, Supergirl edged Ekaterina Vandaryeva by split decision in a highly controversial result where many thought Vandaryeva should have clearly gotten the nod on the scorecards.

Of those convinced she did enough was ONE Chairman and CEO Chatri Sityodtong.

“Ekaterina easily won that fight. It was not even close,” Chatri said in a post-event interview. “I just don’t know what the judges were seeing, what they were judging. She was one punch, one kick away from finishing Supergirl.”

“I was super impressed. I just don’t see how she lost that fight, but I’m not a judge. We try to work with the best judges, but I know Muay Thai, and Ekaterina won that fight.”

The Belarusian was also miffed at the result. In her post-match interview inside the Circle, “Barbie” was reveling in the crowd’s support and perplexed at how her near-finish of Supergirl did not end with a victory.

“You shouldn’t be asking me. You should be asking the judges. I did more hits, more kicks, and they were more accurate. I don’t know what else I have to do to win here,” said Vandaryeva.

How impressed was the charismatic leader of Asia’s largest sports media property? He awarded Vandaryeva a $50,000 bonus following the event for her gameness in trying to finish the match.

Additionally, Sityodtong announced that he was ordering an immediate rematch for the strawweight athletes following the event. With a second bout between the two strawweights in order, there is no need for a competition committee.

Vandaryeva will receive her shot at redemption later in 2022 in a return bout against the teenage sensation.