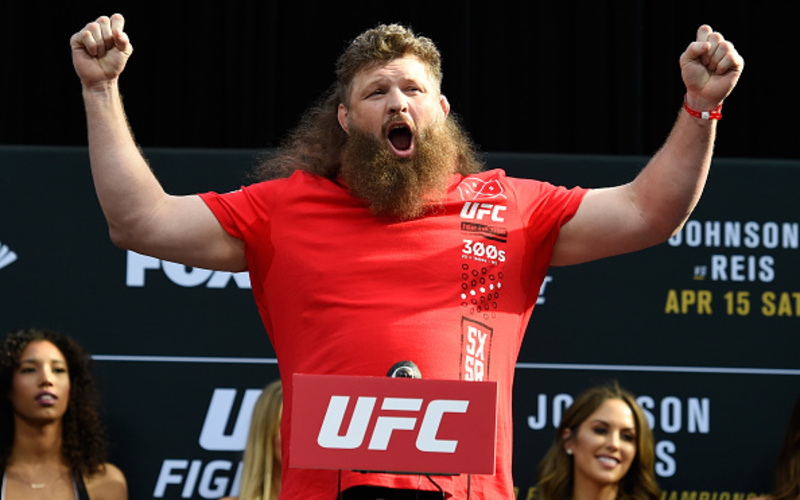 After his unsuccessful stint in the Bellator, Roy Nelson considers various options for his future, including a return to the circular cage to face Fedor Emelianenko and trying himself in the triangle ring of Triller Triad Combat.

In his recent interview with The Schmo, ‘Big Country’ said that he is negotiating with both Bellator president Scott Coker and Triller CEO, Ryan Kavanaugh in terms of his next fight. In the first case, Nelson is interested only in the Emelianenko fight, as it is on his bucket list having defeated Mirko ‘Cro Cop’ Filipovic and Antonio Rodrigo Nogueira. In his own words, the Russian fighter is the only one left to beat in order to him to beat “the who’s-who” of heavyweight MMA.

The problem is that Emelianenko has his sights set on Ryan Bader, who is scheduled to defend the Bellator Heavyweight title next Saturday against his teammate and interim titleholder Valentin Moldavsky. Also, who will fight “Last Emperor” in his final MMA fight is only up to Emelianenko.

However if the Bellator return will not finalize, Nelson is intrigued by the concept of boxing vs. MMA rivalry and hybrid rules matches presented by Triller Triad Combat. In his eyes, despite the presentation, Triad Combat is closer to a boxing match than an MMA bout.

Nelson admitted that he talked to Kavanagh and though the idea itself is interesting, the promotion tries to convince everybody that it is something different and unique. According to “Big Country”, all it is is boxing done with MMA gloves on. He likes the three-cornered ring and the little space it gives, as it forces more action-packed fights. Nelson is definitely willing to step in the Triad Combat ring as doing some kind of boxing also is on his bucket list.

Nelson has not been victorious since September 2017, when he defeated Javy Ayala in his Bellator debut. He lost all of his next five-fight including losses to the aforementioned Moldavsky, ‘Cro Cop’, Matt Mitrione, Sergei Kharitonov, and Frank Mir.