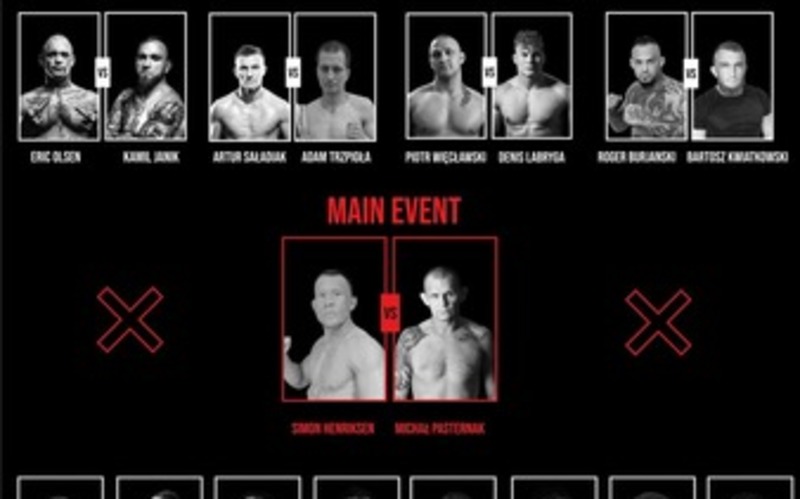 Wotore, a Polish bare-knuckle fighting promotion, returns after almost a year and a half hiatus with its fourth event. Taking place inside the WALCOWNIA Zinc Rolling Mill in Katowice, Wotore 4 brings a new, more brutal ruleset and a new fight arena.

The fights will be contested on the distance of 3 rounds, with the first two being 3 minutes long and the last one will have no time limit.

Wotore ruleset allows headbutts, soccer kicks, knees to the head of the grounded opponents, and all variety of stomps.  The active ground game rule will be enforced, as fighters will have 20 seconds’ time limit to finish the fight after taking it to the ground. If not, the bout will be restarted in a standing position.

Unlike previous editions, there will be no three-ring-outs rules, as the new Wotore arena has raised ends at a slight angle. This will make throwing opponents out of the arena much harder.

In the main event Simon ‘The Savage’ Henriksen, who made a name for himself in the bare-knuckle fighting promotion King of Streets, will take on Wotore tournament champion and ONE Championship alumni Michał “Vampire” Pasternak.

Henriksen has a Muay Thai background as it is rumored that he started training when he was five years old. He is undefeated in the KoS and is riding a five-fight winning streak.

Pasternak is a veteran of the Polish MMA circuit who is best known for his stint in ONE Championship, where he won one of his three fights. Like his opponent, he’s unbeaten in bare-knuckle fighting, as he won the Wotore tournament and also defeated his opponent at the Bloodsport 2 (Krwawy Sport) event.

Eight fighters will compete in the single-elimination tournament for 50 K PLN prize money.

Artur Saładiak def. Adam Trzpioła via TKO (Punches) in Round 1

Denis Labryga def. Piotr Więcławski via TKO (Punches) in Round 1

Bartosz Kwiatkowski def. Michał Więcławski via TKO (Punches) in Round 2

*Robert Maruszak withdrew due to injury

Semifinal #2: Jakub Ozga def. Mateusz Michelus* via TKO (Submission to Punches) in Round 2

*Bartosz Zaczeniuk withdrew due to injury

Robert Maruszak def. Tomasz Purzycki via TKO (Punches and Soccer Kick) at 0:40 of Round 1

Dominik Owsiany def. Arkadiusz Jędraczka via TKO (Punches) at 0:30 of Round 1