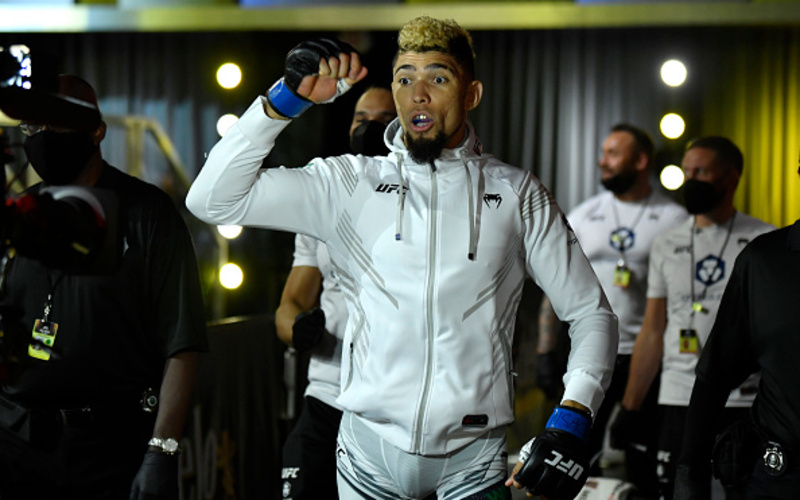 This weekend’s fight event brings fight fans back to the UFC Apex in Las Vegas. Originally meant to be headlined by Rafael dos Anjos against Rafael Fiziev, the light heavyweight bout between No. 10-ranked Johnny Walker and No. 12 Jamahal Hill is now front and center. The odds on this fight are +200 for Walker and -250 for Hill. You can Play with Betwinner if you’re interested in hitting some extra cash.

Whispers suggest that the winner of this fight could be next in line for the newly crowned Glover Teixeira, although improbable. With that in mind, how do the two fighters compare?

This could be considered a fight of “ages against youth” as Walker and Hill come into this bout with 18-6 and 9-1 records, respectively. Although “Sweet Dreams” is the older of the two, the Brazilian has been in the fight game—and the UFC—for longer.

Walker is coming into this bout at a disadvantage; his preceding bout was highly disappointing. The unanimous decision loss against Thiago Santos last October puts the Brazilian native at risk of riding a losing streak—as well as his spot in the top-10.

On the other hand, Hill comes in somewhat fresher, inflicting a devastating 48-second knockout against Jimmy Crute a little more than two months ago. The current betting favorite, “Sweet Dreams” has a lot to gain—and a bit to lose—in this matchup.

Johnny Walker comes into this bout with a 4-inch reach advantage and an 83% finishing rate by T/KO. A unanimous decision win against Luis Henrique da Silva at 2018’s DW Contender Series was followed by three impressive first-round knockouts. Those knockouts had put eyes on Walker. Unfortunately, a first round knockout by Corey Anderson brought the Brazilian’s winning streak to a quick halt—and a rocky record followed.

His bout against “Marreta” was a disappointing bout for both fighters, with Walker himself seeming sluggish and unable to channel the power in his fists that he is known for.

While a win against “Sweet Dreams” could very well hop the No. 10-ranked light heavyweight straight to contention against his fellow countryman, his loss against 5th-ranked Santos will most likely loom over any talks of a championship bout.

Jamahal Hill, however, is fresh-faced and has a lot to prove. Despite having a 56% finishing rate by T/KO, “Sweet Dreams” has the advantage of coming in with a winning high.

Although Hill has only been in the UFC for a little over two years, his career has been interesting. Before breaking his win streak with a first-round TKO by Paul Craig causing a dislocated elbow, the Michigander was technically riding a four-win streak. His TKO against Klidson Abreu was unfairly turned into a No Contest when “Sweet Dreams” tested positive for marijuana use.

If Hill manages to beat Walker, it may not justify a title shot but could very well mean that he’ll finally break into the top ten rankings. A dub here, especially an impressive one, could put the rest of the top ten on notice.