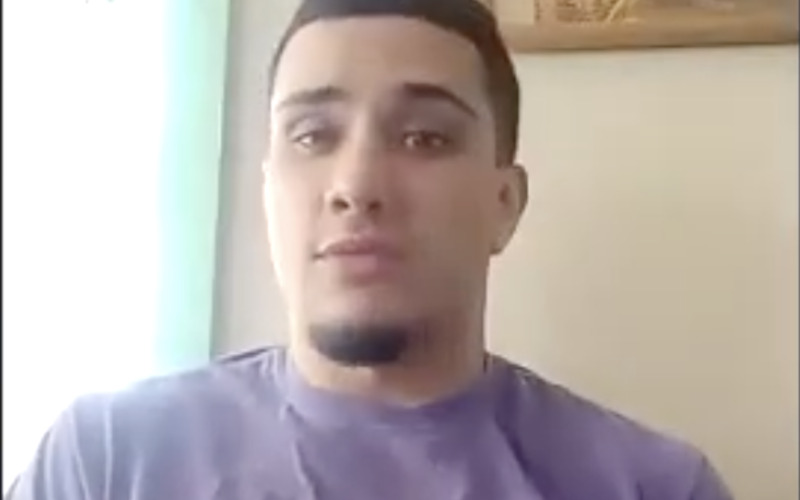 Landon Quinones has been a fighter that has had eyes on him over the past few years but has had to overcome some adversities. In 2020 Quinones was supposed to fight for a UFC contract on the Contenders Series but 11hrs before he was supposed to step into the Octagon he tested positive for COVID-19 and his UFC dream was put on hold. Then he was supposed to fight last February for the Titan FC lightweight championship but he tore his ACL and has been out 1 full year. Quinones has recovered and has his eyes set still set on Titan FC lightweight gold as he will fight Myktybek Orobay Uulu on March 4th.

Since his time away Quinones has fallen in love with his craft of being a mixed martial artist and looks at the adversities as a positive.

“Everything happens for a reason, this is a blessing, this is something that needed to happen to me so I could grow up and mature. Before I thought I was ready I know I had the skills for it but now I’m mentally, spiritually, physically on another level right now and I’m going to put on a masterclass performance to show the world I’m on another level”

In this full interview, Landon explains how his injury game but how he stayed active in the MMA game by helping coach/corner teammates including former Titan FC welterweight champion Dilano Taylor, and give his thoughts on fighting for Titan FC and what his opponent Uulu brings to the table