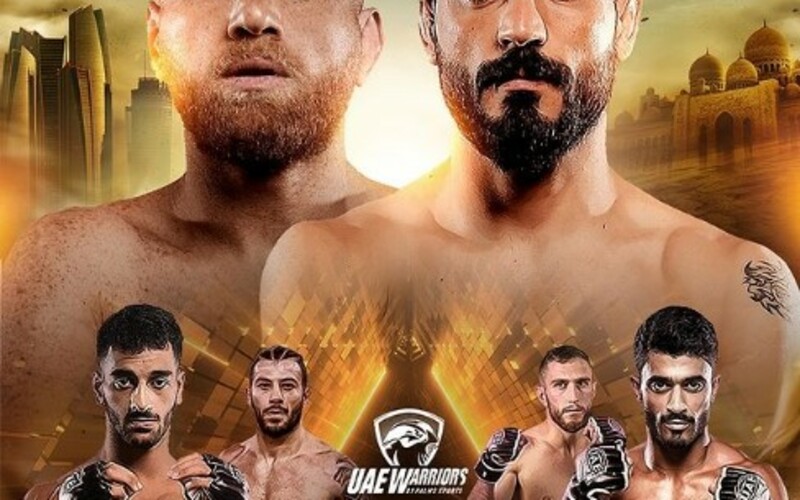 UAE Warriors is proving to be the gift that keeps on giving by giving fight fans a stacked card in their second event of the weekend. Following up from the monumental UAE Warriors 25 which had a spotlight on talent from the African continent, the focus shifts over to the talent of Arab heritage. UAE Warriors 26 will serve as the sixth Arab-dedicated event, and it serves as a great event to close out the weekend. There are 11 fights on the card and, to top it all off, the main event could certainly give fight fans something to talk about.

Izzeddine Al Derbani (11-2) began his amateur career a decade ago, and since then has been gaining experience and building himself up as one of the more recognizable names in the region. Al Derbani has got wins by way of KO/TKO, submission, decision, and even disqualification. Al Derbani possesses the versatility and the ability to get the finish and, if needed, go the distance and secure the judges’ decision.

Youssef Ghrairi (9-2) is certainly a fighter who can match Al Derbani. Of Ghrairi’s nine wins, seven of them have come by KO/TKO. The remainder of his wins have come by way of decision, proving that he can go the distance but he seems to prefer getting the decisive finish. His only losses have only come by way of decision and, as such, Ghrairi will probably be looking to get a finish and not let this fight go the distance. It can be expected that this fight will not go the distance, and fight fans could anticipate a hard-fought clash with high-level technical skill on display.

The event is set to start at 6pm GST/9am EST on Saturday, February 26th, and will be available to watch on UFC Fight Pass.