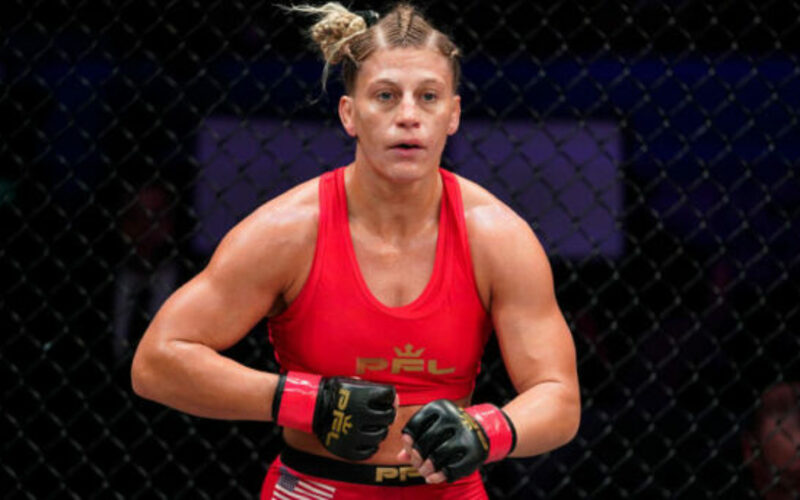 Kayla Harrison has decided to re-sign with PFL.

PFL announced the signing via promotion’s social media, as it is a multi-year contract extension. Harrison made her decision after receiving offers from UFC, Bellator, and PFL with the latter two giving the even offers leaving a female fighter to decide between them.

Surprise Surprise… The Queen is Back

“It is a privilege to announce the PFL has signed the most dominant MMA fighter in the world, Kayla Harrison, to a new multi-year agreement,” said PFL CEO Peter Murray. “I am also excited to announce the PFL is launching a new Pay-Per-View Super Fight Division where star MMA fighters will compete on a global stage against the best fighters in the sport.  Two-time PFL Champion, Kayla Harrison, will be fighting in the PFL’s 2022 Season starting this April on ESPN networks and will also continue to build her legacy as a main event in the PFL’s PPV Super Fight Division.”

She originally signed with PFL back in 2016, when the promotion was still operating under the World Series of Fighting banner. In her two-season stint with PFL, a two-time Olympic gold medalist in judo has stacked an impressive, unblemished 11 – 0 record. Harrison won both season’s competition and grabbed $1 million prizes for each. She also won at featherweight at her only appearance in the Invicta FC cage.

In her recent interviews, she said that though she initially was found of her free agency status she grew irritated with negotiations taking longer than she expected. She also stated that she was interested in both fighting Bellator women featherweight champion Cris Cyborg or UFC featherweight women champion Amanda Nunes, depending on which promotion she potentially decides to sign with.

The 2022 season of PFL begins in April and Kayla Harrison is expected to continue her dominance in the cage. For updates on her career follow MMASucka.com.