3 Bouts To Watch At ONE: Lights Out 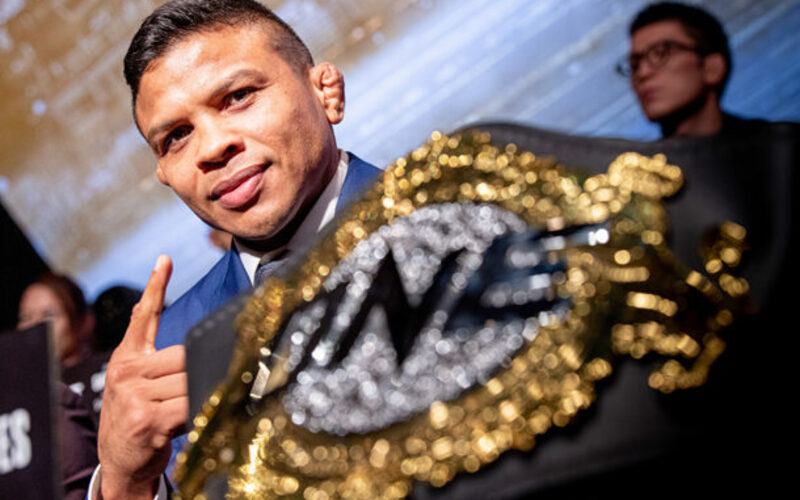 ONE Championship will bring the heat on Friday, March 11, with two mouth-watering title tilts at ONE: Lights Out.

3 Bouts to Watch at ONE: Lights Out

But the entire card will be sure to excite as it features ten matchups across mixed martial arts, kickboxing, and Muay Thai. The action within the Circle will be ferocious and fast-paced from start to finish.

But what are the bouts you need to make sure your popcorn is ready for on Friday?

Here are three bouts to circle on the lineup that you absolutely cannot miss from the Singapore Indoor Stadium.

The main event had to find a spot on the list because Thanh Le and Garry Tonon are not just at the top of the division but pure finishers inside the Circle.

Le put together highlight after highlight en route to the ONE Featherweight World Championship. He has finished every opponent inside of three rounds and now is set for his first title defense against one of the most dangerous grapplers on the planet.

Tonon is 6-0 in ONE with five finishes. The only time he went to a decision was against then-ranked #3 featherweight contender Koyomi Matsushima after more than a year away from the Circle. In each of his previous bouts, he used his grappling to dominate and finish his opponents.

When the main event gets underway, it is difficult to see how this one makes it to the judges. Fans should expect a rapid pace to be set and for it to be finished before it sees the championship rounds.

After being postponed due to COVID-19 health and safety protocols, fans are finally getting the bantamweight rivalry they eagerly anticipated between ONE Bantamweight World Champion Bibiano Fernandes and John Lineker.

What more can be said at this point? Fernandes has a legacy built in the sport as a pound-for-pound great, and Lineker’s status as a fan-favorite for his brooding power is well established. All that’s left is to close the Circle door and settle the score.

This highly-anticipated matchup is one of 2022’s greatest, and there is not a single fan of mixed martial arts who should be sleeping on the bantamweight title tilt.

Although the title bouts are taking the lion’s share of the attention, it is worth making sure to catch the featured lead card bout between flyweights Eko Roni Saputra and Chan Rothana.

Rothana has won three of his last four matches in ONE and has an 85% finishing rate, but he will be dealt a tough hand against the streaking Saputra.

The Indonesian National Wrestling Champion is knocking on the official ONE athlete rankings. Saputra has steadily improved his all-around skill set and is coming off his first clean knockout victory. One more win could put him in the rankings and a step closer to challenging for flyweight gold.