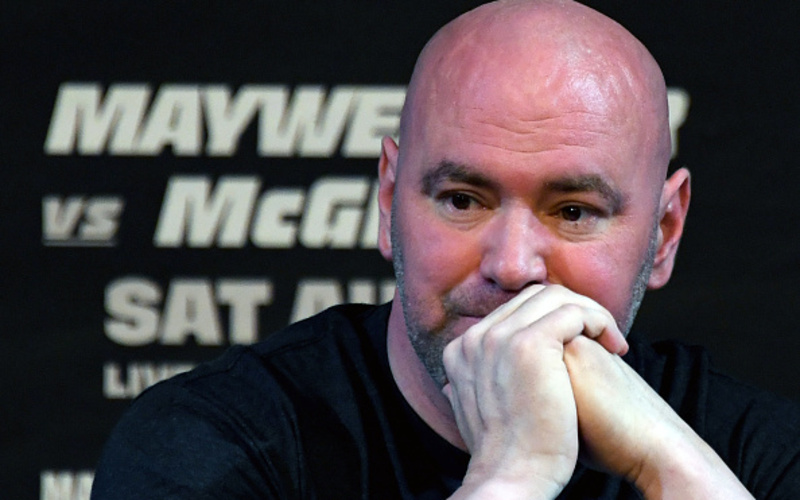 Is Dana White the perfect person to lead MMA, or he has played out his part?

In a way, asking if Dana White is good for MMA may not be the right question for 2022. After all, he is the single most influential person in MMA’s short history, and no one else comes close. He turned the UFC from a bust into a $4 billion company and one of ESPN’s most valuable assets. There’s no debating that he’s made MMA at least a little better for all associated parties, if not a whale ton-mile better.

In fact, some would say MMA is the best it’s ever been- it’s thriving in dozens of countries around the world, the skill level of fighters even at entry levels continues to rise, and it airs on major networks all around the planet. The most recent boom in fan participation is in the surging betting market- these are the UFC betting odds for the next several events. MMA is a sports brand primed for the 21st century, and it’s still rapidly evolving.

However, the more relevant questions for 2022 are, does the sport still need Dana White, does Dana White’s persona and decisions further or hinder its growth, and if he does hurt the sport, are the gains still worth the collateral?

By asking if Dana White is good for MMA, the clarifying question has to be good for whom? There are three major parties concerned- the business side overseen by Endeavor (the UFC’s parent company), the fighters, and the fans. As a disclaimer, there are individuals within the latter two categories that inevitably break from the consensus, as fighters and fans have individual needs and desires for the development of the sport.

For the business side of MMA, Endeavor simply needs someone to run the UFC who understands the landscape and can make them money. Dana White is a remarkable businessman. Of course, homage must be paid to the Fertitta brothers and everyone else who helped revive the UFC in the early 2000s for their shrewd risk-taking. Dana is only one of many who have lent their knowledge and skills to the running of the effective machine that is the UFC, but he remains the most influential piece of that machine.

Dana is every oligarch’s dream manager. He is bold, connects to fans well, and fights to protect the business. Perhaps his greatest strength is his ambition. His greatest dream is to create something that the world has never seen in any sport- a truly global, singular ecosystem of competition. Because of that ambition, he literally wants to bring every country, people, and region along for the ride.

While sometimes difficult to parse the facts from hyperbole, the records show that there is truth to Dana’s words when he boasts about how well the business of the UFC is doing. It remains Endeavor’s greatest asset and moneymaker, and the giant deals with ESPN, Crypto.com, and clothing companies are reflections of that.

Is Dana White good for Endeavor? The brass of any company would be out of their minds to ever let Dana White go. He will continue to dream bigger for the company and fight for every dollar until he’s dead or no longer has the strength to. His personality fits the brand perfectly and he will continue to sell his gospel of MMA to everything that breathes as long as he’s in the captain’s chair.

This one is far more complicated. While fighters each have their personal goals in the sport, all can agree that they’d prefer to make as much money as possible, have their health and well-being cared for, and maintain a good relationship with their employer. Fighters’ experience with Dana White is mixed, with anecdotes supporting the notion that he’s either a father figure or a bully available.

Under Dana White, the fighters in the US and China have access to the UFC Performance Institute to tend to their health needs. Some fighters on the low end of the pay scale may be making more than they did on the regional scene, while fighters at the top of the pyramid certainly make a decent wage.

However, several fighters, especially those who have left the organization, decry the stifling restrictions on fight-week sponsors and relatively low fighter pay. Dana praises athletes who are tough, self-made brands and places the onus completely on the fighters to build their own wealth and fame. If a fighter doesn’t like how much they’re paid, then it’s their fault, not the UFC’s- go out there and win more spectacularly. Promote yourself on social media. Have a personality. His discourse often deflects common grievances off the company and back onto individuals.

Keeping fighters as independent contractors instead of employees allows the UFC to refrain from providing full benefits, salaries, and pension plans for their athletes. Fighters, while risking more to their bodies, just don’t make as much as their fellow professional athletes on similar platforms.

There’s no mystery to this question, and we’ve known in great detail the minutia of the UFC’s finances for years thanks to court-0rdered documents. The organization has stated no intention of raising the share of revenue to fighter pay above 18-20% at any point in the future. These are not opinions or media speculation, they are facts and direct information provided by the UFC to the United States government.

While Dana White has played his part to explode the business of MMA and spread it to every corner of the world, perhaps the next major movement is for fighters’ rights. It likely won’t happen while he’s president, so it may be up to the next president to handle. Other sports heads have been more athlete-friendly, or at least have to deal with unions and players’ associations, but so far, the UFC’s business model works for them, so it won’t change.

Is Dana White good for fighters? Yes, sort of. He’s given a lot of fighters around the world opportunity and turned a few into stars. Plenty of fighters love working with him and there’s nothing wrong with that. But it may be time for a more fighter-centric leader to raise the wealth and livelihoods of MMA fighters across the board to look similar to what athletes in the NBA, MLB, and NFL look like.

A greater profit share to the fighters would greatly increase the quality of athletes in the sport, helping it grow further. If the sport promises millions to its competitors, more young athletes will aspire to devote their athletic career to MMA. Few children dream of growing up to make $12,000 to show and $12,000 to win in a fistfight.

In a promoter, MMA fans have divided needs, and it’s impossible to speak for all fans. However, generally, fans need a leader who puts together big fights that creates entertaining spectacles. Much of the product that UFC fans enjoy, they take for granted- the efficiency, dependency, and high-quality production that White oversees, for example. For the most part, White has an ear to the pulse of the fanbase and tries to make the fights they want when sensible.

Considering the other sports heads that routinely get booed when shown on the jumbotron, Dana White is generally loved by the MMA fanbase. He passes the “guy you’d like to have a beer with” test, has a booming personality, and entertains with his candid, unfiltered opinions.

On a deeper note, he fits the target demographic of the US audience like a 4oz glove and is practically an avatar for the median MMA fan- a muscled, middle-aged tough guy with conservative, non-religious leanings. Of course, that doesn’t represent all MMA fans, but statistically, white males aged 18-49 dominate the viewer base in the US. White himself embodies the version of masculinity that the UFC wants to sell.

The question is, are Dana White’s persona and political alignments an actual barrier to certain new fans? If there are would-be fans with whom Dana White is their only hangup with MMA, there are likely not many of them. Only fans who watch press conferences and online interviews with White are exposed to him, and it’s entirely possible to enjoy MMA without hearing his opinions. Even the fans that disagree with his positions are likely to put up with them to enjoy fighting as a whole. A potential viewer’s repulsion with the sport is likely more of an MMA problem than a Dana White problem.

Is Dana White good for fans? Yes, he is. For a corporate sports boss, he connects exceptionally well to the fanbase and enjoys giving them what they want when he can. Not everyone sides with his personality, but the public does not usually appreciate his development of MMA.

“these are the betting odds”