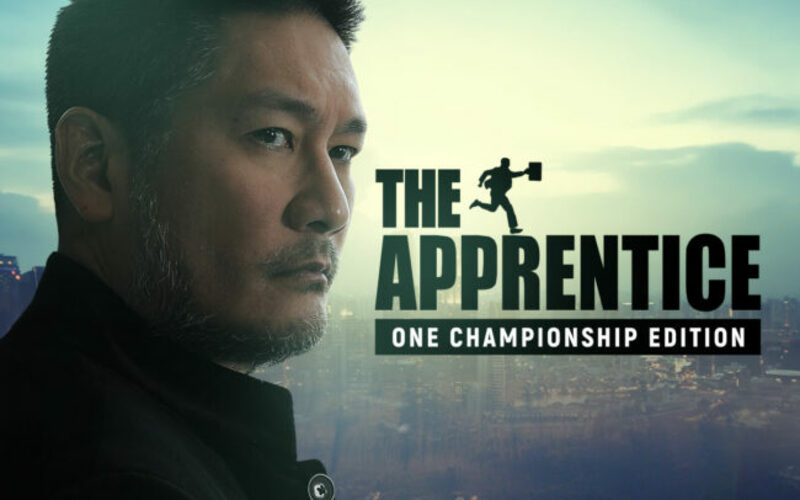 The Apprentice: ONE Championship Edition is coming back. The critically acclaimed competition series will return for its second season, and a global casting call has begun.

Global Casting Call For The Apprentice: ONE Championship

The first season picked up two awards during the 2021 Asian Academy Creative Awards for Best Non-Scripted Entertainment and Best Adaptation of an Existing Format. Building on its success, ONE is ready for round two.

ONE Championship Chairman and CEO Chatri Sityodtong announced the search on his Facebook page on Sunday, asking who would like to become his next protege.

“My team and I are going to handpick 10 candidates from around the world and invite them to compete in a game of high-stakes challenges designed to test both their physical and mental limits. The winner will receive a US$250,000 job offer and the once-in-a-lifetime opportunity to work directly for me at the Global Headquarters of ONE in Singapore!”

“However, the prize is much bigger than just US$250,000 for the winner. As your mentor, I am going to teach you how to do good in the world by following your heart and chasing your dreams. Additionally, I am going to show you how to make more money than you ever imagined possible through my win-win philosophy. Finally, I am also going to share the invaluable lessons and IP on how my team and I built one of Asia’s hottest unicorns from scratch.”

Candidates should be fluent in English, have experience working in a fast-paced environment, and be able to commit to filming for eight full weeks in the second half of 2022, per the casting website.

The first season saw ONE athletes make appearances on the show as candidates competed in business and physical challenges. With ONE’s successes growing, the second season will bring more talented candidates to the boardroom for a shot at a $250,000 offer.