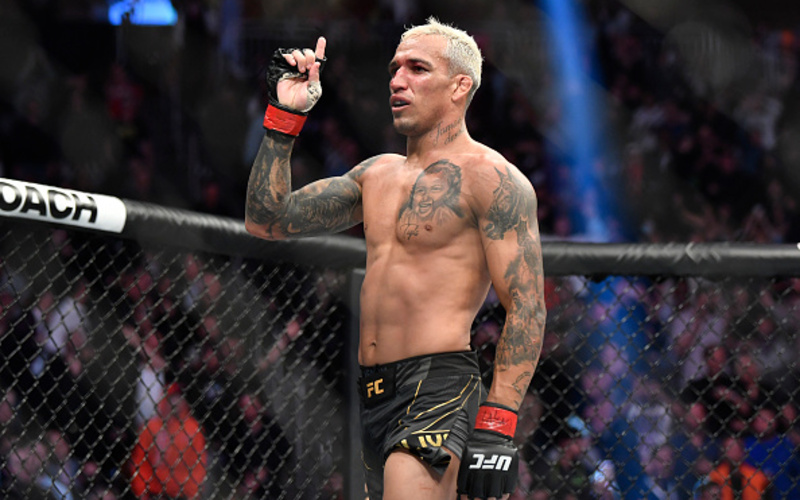 Number one contender and fan-favorite Justin Gaethje will get his second chance at the undisputed UFC lightweight strap when he faces champion Charles Oliveira in the main event of UFC 274. Here we discuss the odds and analysis from a betting perspective.

Justin “The Highlight” Gaethje is appreciated by fans for his proclivity for violence, tendency to engage in wars and his down-to-earth, no-nonsense persona. He famously threw down the UFC belt after claiming the interim lightweight title and altering Tony Ferguson‘s career with a legendary pulverizing in the main event of UFC 249, proclaiming that he coveted the undisputed title, which he would fail to claim at UFC 254 against hall-of-famer Khabib Nurmagomedov in Nurmagomedov’s final MMA match.

Gaethje is an inch taller than Oliveira, averaging 7.50 significant strikes landed per minute (SLpM) with a 60 percent striking accuracy, 7.81 strikes absorbed per minute (SApM) with 55 percent striking defense, 0.00 takedowns per 15 minutes with a 0 percent takedown accuracy, 73 percent takedown defense and 0.0 submissions per 15 minutes, according to UFC Stats.

Despite holding UFC records for most submissions, 15, and finishes, 18, Charles “Do Bronx” Oliveira has been one of the most underrated future UFC hall-of-famers of all time, exemplified by his being an underdog in two of his last four fights, including his dominant title defense against Dustin Poirier where he closed as a +120 dog.

Oliveira has a four-inch reach advantage and, at 32, is a year younger than Gaethje, and averages 3.44 significant strikes landed per minute (SLpM) with a 53 percent striking accuracy, 3.13 strikes absorbed per minute (SApM) with 52 percent striking defense, 2.50 takedowns per 15 minutes with a 41 percent takedown accuracy, 57 percent takedown defense and 2.8 submissions per 15 minutes, according to UFC Stats.

Since his first fight against Darren Elkins (sub Rd1, 2010) over a decade ago, Charles Oliveira has grown up in the UFC, and earlier in his career, was perceived as someone who might wilt when facing adversity. This may contribute to some questioning Oliveira’s ability to withstand the striking of Gaethje.

Though Gaethje comes from a wrestling background, he typically does not initiate grappling, preferring instead to stand and bang, and Oliveira backers feel confident that if this fight hits the mat it will be Oliveira’s for the taking.

Justin Gaethje could very well be the most powerful puncher that Charles Oliveira will have faced in his past 10 fights, but as potent as his strikes may be, Gaethje was unable to finish Michael Chandler or Dustin Poirier with strikes, both of whom were finished by Oliveira.

And if Gaethje is unable to finish Oliveira in the first or second round of this fight, it will be just a matter of time before the fight hits the mat or until Gaethje fatigues enough to allow Oliveira to grapple himself into an advantageous position, not unlike Khabib did in his contest with Gaethje. And when Oliveira is able to grapple into an advantageous position, then he will submit Gaethje.