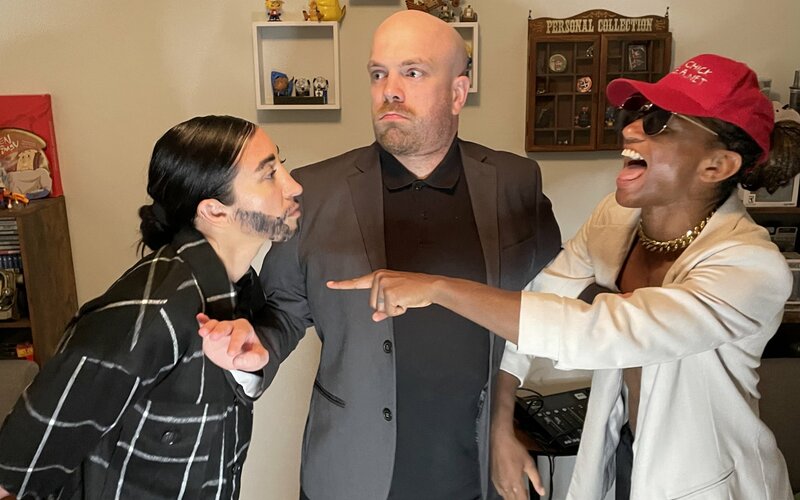 If you’re fresh to the world of mixed martial arts, whether you were introduced during the recent UFC Fight Night or latest ONE Championship show, there are definitely a few MMA social media follows that you need to make right now. Some of these accounts are must-follow members of the MMA community online while others are fighters with hilarious and wholesome content. If you’re a long-time MMA fan and you haven’t followed these accounts, then you better change that quick.

Invicta FC atomweight fighter Jillian “Lionheart” DeCoursey is possibly the most wholesome social media follow you can make, especially if you’re a part of the MMA Twitter community. Not only do her followers get to know her likes and dislikes (especially of horror movies), her strives and struggles during camps, but she’s the resident MMA Twitter “winky shot” calculator. Being a part of her journey, especially in recent weeks before and after her amazing first-round KO win at Invicta FC 47, has been pretty damn wholesome, too.

Here’s how to increase your odds of survivability against an attacker armed with a pistol: pic.twitter.com/EJgd3wQGjU

This UFC featherweight fighter loves the social media game. Whether it’s about his own MMA journey or even just hilarious meme-content, Chase “The Dream” Hooper has it all. The infamous “son of Ben Askren” is definitely one of the funniest accounts across the board. He even has a special guest to make MMA picks, his German Shepherd Hailey. She’s not bad at making picks either!

MMA Twitter powerhouse Ben “The Bane” Davis is definitely an account that you need to follow. This young, fresh grad has been taking the online MMA world by storm and before long, he’s definitely going to be a voice that you’ll hear during your favorite event broadcast too as he’s going from commentary Twitch streams to actual events. “The Bane” is also a brave guy, who shares his betting picks before every big MMA event. Those who are into MMA betting should take note…or not – you never know what happens in MMA!

Win or lose, one of the most beloved members of the MMA community has to be Angela “Overkill” Hill. The former Invicta FC strawweight champion is very vocal about MMA fights on Twitter, with great insight and analytics – whenever she’s not on ESPN herself, of course. Her sponsored posts are absolutely hilarious, too. “Overkill” is definitely a worthwhile account to follow across the social medias.

If you’re looking for an account with more in-depth analyses and MMA throwbacks, then Caposa is the account for you. Caposa also brings to the Twitter feed promotions that you’ve probably never heard of, but you definitely should. He could be considered more part of the “MMA journalism” side of things, although he doesn’t work for a big-name outlet – he has his own website and a Patreon to support if you enjoy his content!