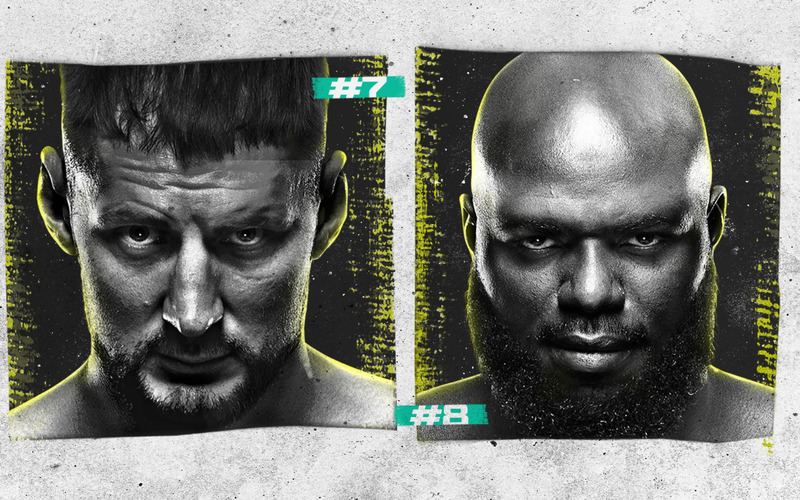 Top 10 ranked UFC heavyweights Alexander Volkov and Jairzinho Rozenstruik will attempt to bounce back from losses and keep from falling out of contention into gatekeeper status when they face off in the main event of UFC Vegas 56. Here we discuss the odds and analysis from a betting perspective.

Alexander “Drago” Volkov is one of the longest fighters in the UFC and has used his length to his advantage in winning rounds and finishing some of the division’s gatekeepers, but his length has also made him susceptible to skilled grappling and he has yet to beat a title contender.

Jairzinho “Bigi Boy” Rozenstruik has also only lost to title contenders while taking care of business against opponents outside of the top 10, making this main event a decent piece of matchmaking between fighters at similar stages of their careers and quality of wins and losses.

One narrative heading into this contest includes the perception that Volkov is the higher-volume, more technical striker who will most likely out-point Rozenstruik and win rounds if he is not finished himself.

Rozenstruik is lower-volume but he may be a bit quicker and possess more knockout power than Volkov, and his most likely path to victory is by knockout.

Comparisons to be considered when handicapping this fight include whether Volkov punches as hard as Francis Ngannou and how Rozenstruik’s knockout power compares to Derrick Lewis.

Ngannou is the only UFC heavyweight to knock out Rozenstruik and Volkov. Volkov, who could not finish Greg Hardy, clearly does not have the punching power or quickness of Ngannou, making it difficult to envision him finishing Rozenstruik.

With 13 knockouts, including one over Curtis Blaydes, who dominated Rozenstruik, Derrick Lewis holds the record for the most knockouts in UFC history and is the only UFC heavyweight to knock Volkov out. Rozenstruik is one of the most powerful punchers in the UFC but he does not have the same finishing ability as a Lewis or Ngannou and could have a harder time sending Volkov to the shadow realm as he did to Sakai.

Even before he was submitted by Aspinall, Volkov appeared a bit lumbering and slow on his feet and in a contest that is likely to play out on the feet between two fairly evenly matched opponents, the value resides on the underdog Rozenstruik who is unlikely to be knocked out by Volkov but is live to finish Volkov at any given moment.

But with both fighters having lost two of three, taken together with Volkov’s length and Rozenstruik’s low volume, we anticipate a cautious initial approach with Volkov using his length to keep Rozenstruik at range and Rozenstruik cautiously biding his time to wait for an opening to unleash power shots in a contest that should extend into the championship rounds.