2022 Continues to Be a Great Year for MMA 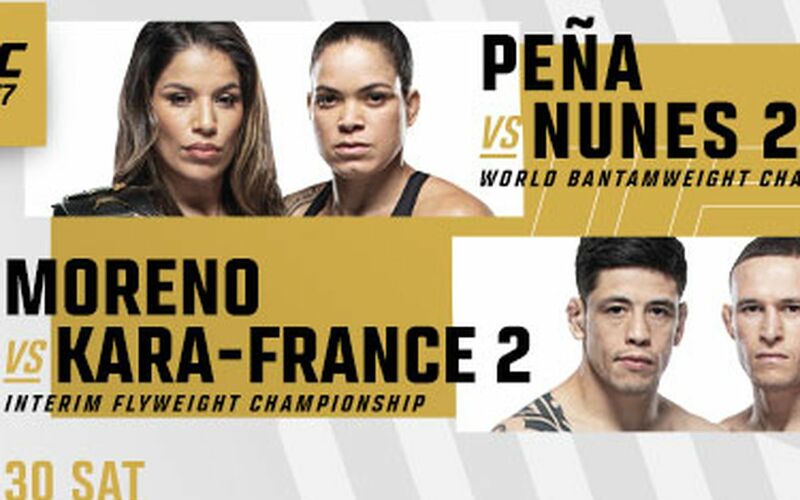 Half of 2022 has passed already, and we have seen quite a few entertaining, high-profile match-ups in the six months behind us. In the second half of the year, more memorable fights await. Let’s take a look at some of the more anticipated events.

It wouldn’t be an exaggeration to state that 2022 is a kick-ass year. For all us MMA lovers, there are plenty of exciting fights to enjoy – besides those that have already blown our minds.

We’ve just experienced UFC 276, in T-Mobile Arena Las Vegas, with fighters such as Alexander Volkanovski and Max Holloway, and, of course, the highly intense middleweight title fight between Israel Adesanya and Jared Cannier.

Who could imagine that this was just the beginning?

The Ultimate Fighting Championship is still the most prestigious in the world of mixed martial arts. Thus, it is the remaining events from the UFC organization that people seem to be most excited about in the coming months. On the betting market, both old and new betting sites tend to focus mainly on providing UFC odds for their users, although Bellator events are far from challenging to find.

Quite a few other exciting events are scheduled for July, including Fight Nights on July 10, 16, and 23, before ending with the UFC 277 on the last of the month. Among the more high-profile fights within the three Fight Nights, we have Rafael Dos Anjos against Rafael Fiziev (July 10), Brian Ortega against Yair Rodriguez (July 16), and Curtis Blaydes against Tom Aspinal at the O2 Arena in London, July 23. At this event, we will also see Alexander “The Mauler” Gustafsson make another comeback.

On the fight card for UFC 277, we can look forward to a flyweight interim title bout between Brandon Moreno and Kai Kara France. The main event is, however, the bantamweight title bout between Julianna Peña and Amanda Nunes, which looks like more than a good fight on paper.

In August, another couple of exciting events are scheduled to occur, most notably the UFC 278 on August 21. Before that, we have two Fight Nights to look forward to, one at the UFC Apex in Las Vegas on August 7 and the other at the Pechanga Arena in San Diego on August 14.

During the UFC 278 gala, there is, in particular, the welterweight title bout to look forward to. In the night’s main event, Kamaru Usman will try to defend his belt against Leon Edwards.

After August, there is so far a scarce amount of events on the UFC calendar. On September 3, there is a UFC Fight Night at the Accor Arena in Paris, France, and later in October, UFC 281 is taking place in Abu Dhabi at the Etihad Arena.

The September 3 Fight Night has some exciting names on the card, including Ciryl Gane and Tai Tuivasa as the main event. What names we will see on the UFC 281 card hasn’t been decided yet, but we expect at the very least a few high-profile names.

Let’s switch our attention to the Bellator events left in 2022. There aren’t quite as many Bellator events to look forward to as there are UFC galas, but we have a couple of nights to circle on the calendar here.

On July 22, Bellator 283 is taking place at the Emerald Queen Casino in Tacoma, Washington. During the night, two fights, in particular, catch your eye, the co-main event between Douglas Lima and Jason Jackson in the welterweight class and the lightweight world title fight between Patricky Pitbull and Sidney Outlaw.

The next event to look forward to is Bellator 284 on August 12. The gala is hosted at the Sanford Pentagon in Sioux Falls, South Dakota, and although there is no title fight on the card, a couple of intense matches are to be expected. The two main events are the welterweight bout between Neiman Gracie and Goiti Yamauchi and the heavyweight bout between Valentin Moldavsky and Steve Mowry.

Lastly, on September 23, there is the Bellator 285 at the 3 Arena in Dublin, Ireland, to look forward to. On the card for that night, the two main events are the lightweight match between Benson Henderson and Peter Queally and the light heavyweight bout between Melvin Manhoef and Yoel Romero.

Many of the year’s most anticipated events have already passed. Still, there are evidently a couple more for us to enjoy in the coming months. If you are on the lookout for events that will feature on the betting market, you are sure to find odds on the galas mentioned above.