UFC 279 Proves Nate Diaz Was Right All Along 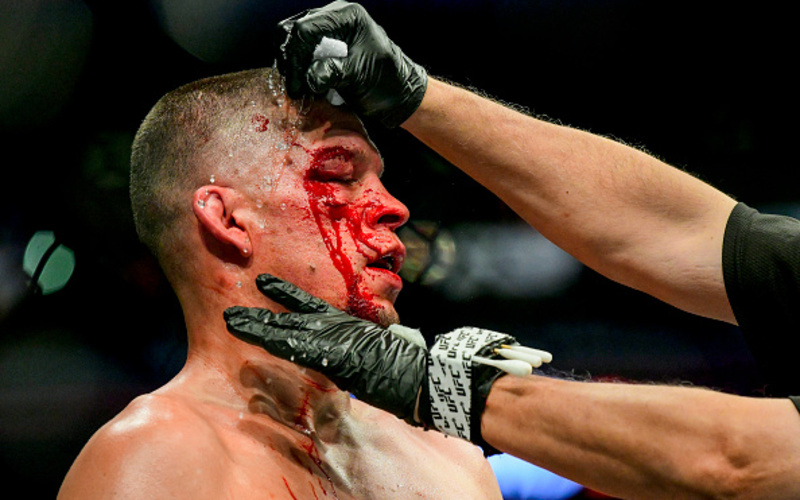 Yesterday, the MMA world was finally given news on the return of fan-favourite and happy-slap enthusiast Nate Diaz, in the form of perhaps the strangest main event matchup the UFC has ever booked.

Nate Diaz, an intensely popular action-fighter who is on a two-fight losing streak with a single bout left on his contract, is being matched up with undefeated title contender and welterweight elite Khamzat Chimaev. Nate Diaz is not among the ranked fighters at welterweight. He has not been successful in competition in almost 3 years, his most recent outing being a hellacious beating at the hands of Leon Edwards, finding a brief spark of success in a now-iconic left straight that saw Edwards fighting to remain conscious for more than a minute.

It seems that, in the minds of many fans, the final minute of that bout erased the first twenty-four, which saw Diaz summarily handled in every possible mixing of the martial arts. Edwards, who has successfully used his win over Diaz as a springboard for a shot at the undisputed title later this year, frankly made the Stockton native look as if he had no business being in the Octagon with him.

Nate Diaz was very aware of why the UFC had paired him against a man who was unbeaten in eight fights and six years. He was there to serve as a punching bag for Edwards to generate fan interest in his eventual bout for the title, but not without being fairly compensated. He told Edwards as much after the fight was finished: “don’t let these motherf****** tell you you ain’t shit, name your price or they will name it for you”.

With a number of high-profile and hotly demanded matchups on the pile, a fight against Chimaev is among the most puzzling and least compelling. A trilogy with Conor McGregor? Finally settling the score with Dustin Poirier? A fan’s dream match with Tony Ferguson? All rubbished now: Diaz has made it abundantly clear that a new contract with the UFC is not on the table, a potential boxing clash with Jake Paul seemingly taking priority. The ever brash Paul has hinted at this fight for more than a year now.

I will knockout Nate Diaz after I knockout Woodley

Diaz has been vocal on Twitter, expressing his displeasure with the UFC’s booking strategy and stripping of agency from its fighters, going as far as to reveal that prior to the announcement of the UFC 279 main event, he had asked for five specific fights and had received zero fight offers from the UFC in the last nine months (for clarity, the UFC is contractually obligated to offer their fighters at least three fights per calendar year.)

He is not alone when it comes to top draws being dissatisfied with the antics of the higher-ups. Tony Ferguson recently made headlines comparing Dana White to a drug dealer, after apparently being curtly refused a potential foray into professional boxing himself. Jon Jones, widely considered to be the greatest mixed martial artist of all time, has been sidelined for more than two years, in part because of unsuccessful negotiations over his anticipated move to the heavyweight division and the pay increase that absolutely should accompany that.

Nate Diaz’s vocal complaints of the UFC’s internal workings speak to more than just unfair compensation for brutal physical punishment for the entertainment of millions: the UFC seems, according to a growing number of its most established talents, to bottleneck how much money a fighter can make outside of the Octagon, and how exactly they can do it. Why should Ferguson or Diaz, both independent contractors for the UFC (which is very much distinct from an employee), have to ask permission from the organization to compete as an independent contractor on a single event? It is the quintessential case of having your cake and eating it, where the UFC is not obligated to fulfil any of the perks that a traditional employee would expect, while also maintaining a stranglehold over the labor the contractors can perform for other organizations.

Now, with Diaz caught in a contract that gives him no wriggle room to make money outside of it, he must fulfil this final obligation, and who better to destroy his post-UFC earnings potential than a 27-year-old world beater, a top five talent who many believe could go on to be a champion in multiple divisions? Diaz’s most crushing and definitive losses have always come from smothering wrestlers, and to call Chimaev’s style “smothering” is putting it lightly.

Diaz has always been a fan favorite due to his high output, tremendous cardio and ability to absorb a truly perplexing amount of physical punishment in his fights. He’s not a big welterweight, and yet Chimaev is so big that he’s knocked middleweights out cold in his appearances in the higher weight class. It is very possible, perhaps even probable, that Chimaev is the one to crack Diaz’s chin once and for all.

In the event of Nate Diaz being knocked out in his final fight with the UFC, how exciting is the prospect of a boxing match with Jake Paul, or with anyone? Without his iron chin, how much does Nate really have to offer? He’s talented, to be sure, but if you’re given a solid indication that the damage has caught up with you (like being sent to the shadow realm), we’ve seen time and time again that even the most confident fighters can become tentative and gun shy, always concerned that the next punch will send them right back to unconsciousness.