Mark Hunt to return to the Boxing Ring 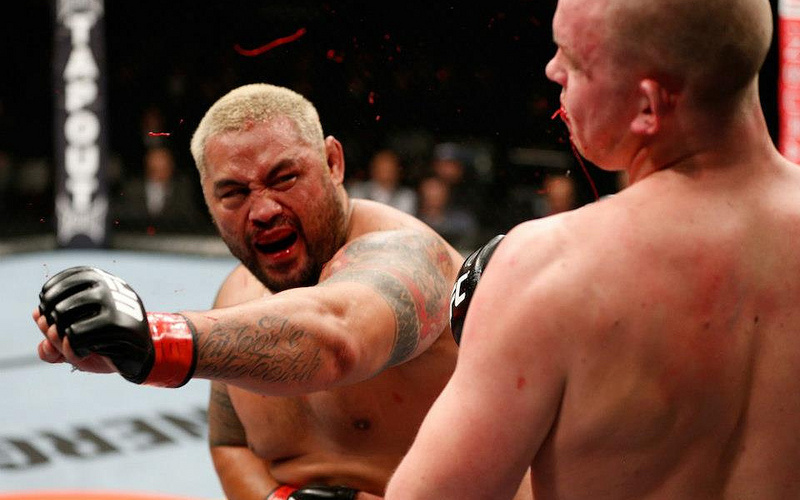 It looks like Mark Hunt isn’t done when comes to combat sport, as the 48 years old ‘The Super Samoan’ is scheduled to take part in another boxing fight. The K-1, PRIDE, and UFC veteran spoke on the matter with The AllStar.

Hunt travelled to Phuket, Thailand in order to prepare himself for the upcoming boxing bout. During the interview, he admitted that his main motivation to agree to it was money and that he tried to get a fight in various promotions. Finally, he decided to take an offer of a boxing fight but didn’t share any details.

Hunt said in the interview:

“I weighed the pros, I weighed the cons by miles. They got me off the couch, (I’m) trying to get healthy. Good money, of course, and it’s on my terms. I was happy with the deal, there was no bullshit about it. Unlike some f—ng companies you deal with.”

The former UFC standout has no doubts that his name is being used as a selling point for the entire event:

“They got the old man out of the wheelchair, and they want to use me as a… ‘We’ll take his name,’ ‘cause I got a great name, you know? Even though it’s an old name, it’s a great name. But I’ll knock his teeth out.”

You can watch the entire interview below:

His last MMA fight took place at UFC Fight Night: dos Santos vs. Tuivasa back in December 2018, where he lost to Justin Willis via unanimous decision. It was the last fight in Samoan’s contract and he announced that he would continue his fighting career outside the UFC.

Hunt had a rocky relationship with the promotion as he filed a lawsuit against the UFC in 2017. He claimed that UFC knew that Brock Lesnar used banned substances before the two of them fought at UFC 200. The former UFC Heavyweight champion won the fight by unanimous decision, which was later overturned to a ‘no contest.’ Lesnar actually tested positive for clomiphene during a pre-fight drug test. He tested positive again in a post-fight test.

The suit was dismissed in Nevada court in February 2019.