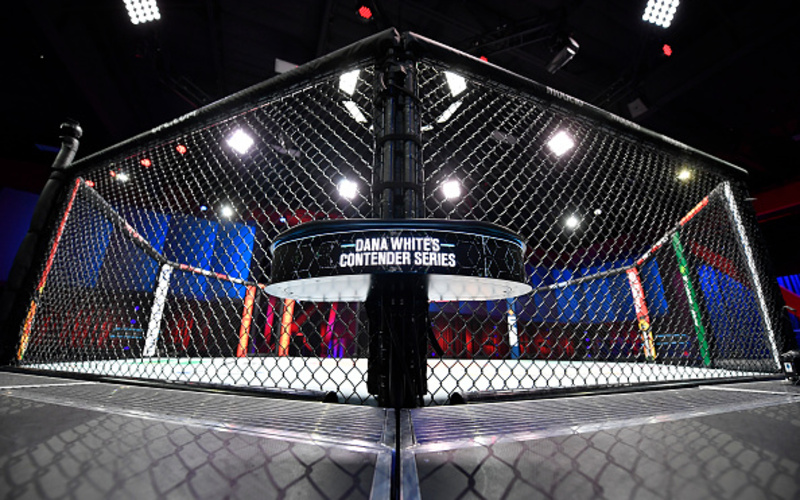 After an unbelievable week two of the Contender Series, the bar is set impossibly high for the third week of prospects to top. Ten more fighters from seven countries enter the UFC Apex tonight to ace the most important job interview for an MMA fighter. Stay tuned here for live Dana White’s Contender Series 49 results.

All Eyes on Bo Nickal

Of course, gathering most of the hype in week three is three-time NCAA D1 wrestling champion Bo Nickal. Despite being one of the least experienced MMA fighters to compete on the series at 1-0, he’s one of the most intimidating prospects on Contender Series this year. He began his amateur career in Island Fights last year, where he smoked his opponents each in the first round.

This year in June, he turned pro against John Noland and drove through him by TKO in thirty seconds. For the near invincibility Nickal has as a wrestler, the questions are certainly out there in the other dimensions of MMA should he be tested. The man testing him and vying for a contract of his own (although he’s off to a bad start by missing weight) is San Antonio’s Zack Borrego (3-0).

The other major question around Nickal is how the UFC chooses to proceed should he win. Certain winning fighters occasionally receive “developmental deals” to keep them in the UFC eye as they gain more experience, and Bo Nickal could be an ideal candidate for such a contract with a win.

On the rest of the card, another prospect coming in with a lot of experience from another sport is Anvar Boynazarov (3-0) of Uzbekistan. Anvar previously fought for Glory Kickboxing and has used those skills to accumulate three first-round knockouts in his MMA career. The hype is high for the Uzbek, but he’ll face a much more winning foe for the first time in Venezuelan Erik Silva (8-1). If Erik can bring the fight to the ground, he’ll definitely get to test Anvar’s grappling to see if he’s fight for well-rounded fighters in the UFC.

“Polish Assassin” Karolina Wojcik (8-2) is also fighting for a UFC contract after fighting for KSW and all over Europe. The fiery strawweight fights Sandra Lovado (10-2) of Peru, and already has some heat on the fight after a very physical scene at the weigh-ins.

Stay tuned here for live results, as well as the contract winners.

Bo Nickal def. Zachary Borrego via Submission (Rear Naked Choke) at 1:02 of round 1 – Bo Nickal promised a UFC contract dependent on another win on Contender Series this year

Erik Silva def. Anvar Boynazarov via TKO (Ground and Pound) at 1:03 of round 1 – Erik Silva awarded a UFC contract