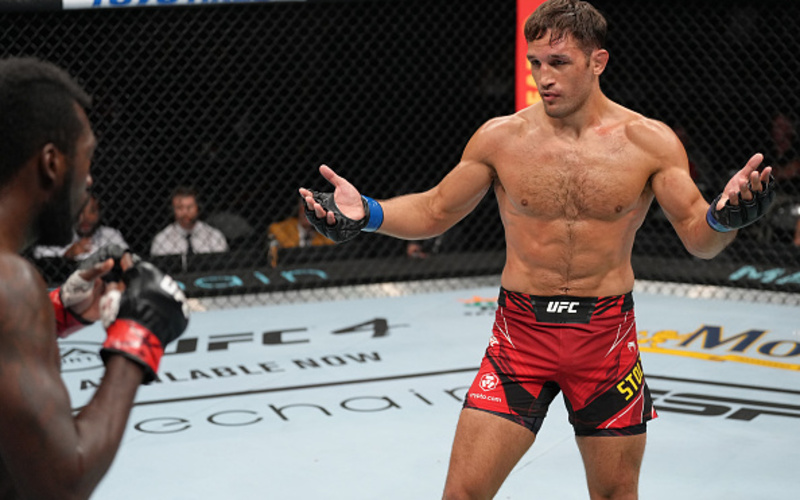 The sport of MMA has both a controversial and complicated history throughout most of Western Europe. Although not explicitly outlawed in most countries, MMA wasn’t exactly legal either. Rather the sport operated in most countries throughout the continent in a legal grey area that can best be described as loosely tolerated at best.

For example, in Germany, as recently as 2010, mixed martial arts was banned from being aired on television with legislators insisting that, “[mma] events were a violation of general morality and an undesirable influence on youth.”  The law would remain intact until its eventual appeal in 2015. In neighboring France as recently as 2016, the sport had been considered illegal. It was only until January 2020 that the MMA received official recognition from the French government as a legitimate sport.

Nobody could have anticipated after so many years of restrictions and being forced to exist in the shadows that anti-MMA sentiment throughout Western Europe would thaw so rapidly, yet we are on the doorstep of a watershed event that will come to fruition when Paris plays host city for UFC Fight Night Gane vs. Tuivasa.

For American ex-pat and long-time German resident Dustin Stoltzfus, the significance of the UFC’s first event in France is not lost on him. He will be competing in the first bout of the evening on the undercard where he is set to fight Abusupiyan Magomedov.  But Stoltzfus wasn’t just handed this opportunity. Rather it took a combination of luck and merit for him to secure his spot on this historical card.

Career on the Brink

In July 2021, Stoltzfus’s MMA career was at a crossroads. Since having earned his way into the UFC in 2020 with a victory on the Dana White Contender Series over Joseph Pyfer, things had not been going to plan since.  Stoltzfus found himself on a three-fight skid with two of those losses coming by way of submission. Headed into the final fight on his UFC contract, Stoltzfus’ back was against the wall, and in order to keep his UFC dream alive, he needed to get a win over Dwight Grant at UFC Fight Night Long Island.

Stoltzfus explained his approach going into the high-stakes fight with Grant.

“The game plan was to focus on defense, pressure, and leg-kicks until the opportunity arose to take the fight to the ground.”

While the first round was tightly contested, as the bout progressed into the later rounds, the combinations of strikes to the body and repeated leg kicks seemed to be taking a toll on Grant’s endurance. With Grant tiring, Stoltzfus managed to get a takedown in the second round and forced Grant to defend submission attempts.

The third round saw more of the same action with Stoltzfus throwing a volume of strikes to the body and leg kicks with the highlight of the fight coming with two minutes remaining when he managed to leverage the cage to pick up Grant, carry him to the center of the Octagon and power slam him onto the canvas to the delight of the crowd. When the final bell rang moments later, the judges didn’t have a lot to think about, as there had been no doubt that Stoltzfus had done enough to earn the victory.

Reflecting back on the victory months later, Stoltzfus remains even-keeled.

“I am obviously thrilled for the win, though as far as my performance goes, I’m a bit split; I stuck to the plan and got the win, that’s a huge plus, but I was a little passive and sloppy with my offense on the feet. [I] Should have sought out the ground a bit sooner, especially after I met almost no resistance on the ground at the end of the second.”

While the win over Grant did enough for Stoltzfus to retain his roster spot in the UFC, he hadn’t originally planned on being a part of this historic fight card. When news surfaced that Magomedov’s opponent Makhmud Muradov had withdrawn from the fight, Stoltzfus found himself getting the call and was eager to step up as a late-notice replacement.  While Stoltzfus is excited to be fighting in Europe and is looking forward to putting on a memorable performance for the French fans, he knows full well the challenge ahead of him in Abusupiyan Magomedov.

“Abus has been the number one middleweight in Germany for a long time,” Stoltzfus explained. “So [it is] obviously exciting being able to go in there and fight for that national number one spot. He puts on a great pace, has long, accurate striking, and good wrestling.”

While he holds a great deal of respect for his Magomedov, Stoltzfus believes he has certain advantages over his opponent.

“I think I’ve got more raw power and am technically the better grappler. But with him being as well-rounded and polished as he is, I need to go in there and make sure I’m crossing all my t’s and dotting all my I’s no matter where the fight goes.”

Will Dustin Stoltzfus be able to pull off the upset against Abusupiyan Magomedov? Can he extend his winning streak to two? Can he become the first UFC fighter in history to earn a win in the great city of Paris? We will find out when he takes on Abusupiyan Magomedov at UFC Fight Night Paris on Sept. 3, 2022, at 12 p.m. EST/9 a.m. PST.

Tyler Little has been covering MMA since 2021. In addition to writing for MMA Sucka, he is the creator and founder of the Mom's Basement MMA podcast. He lives in the Washington D.C. area with his wife and children and his black lab Molly. Follow him on Instagram @moms_basementmma