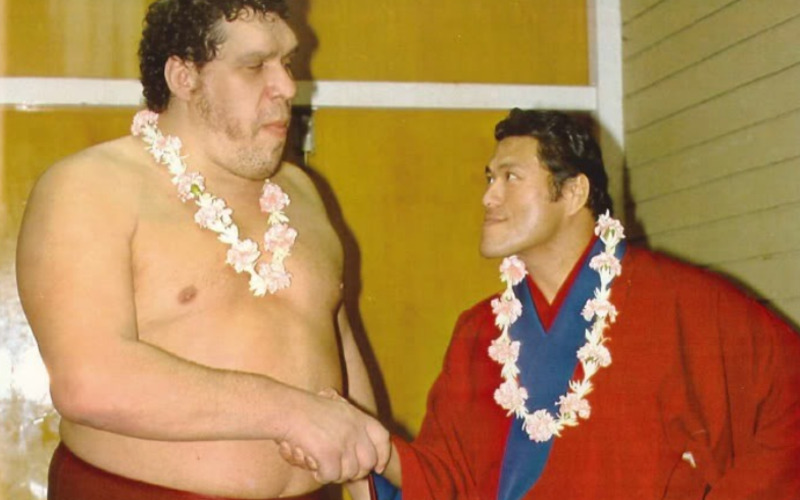 One of the most influential figures in the sport of mixed martial arts, Antonio Inoki, passed away last weekend at the age of 79. Inoki’s death has led mixed martial arts fans around the world to reflect on the impact he had on combat sports in general.

Though he spent much of his career involved in the world of pro wrestling, Inoki always identified as an athlete, first and foremost. He played basketball in junior high school, and later joined his school’s track and field team where he took a liking to the shot put. When his wealthy family fell on hard times in the late-50s, Inoki moved to Brazil where he continued his high school throwing career on the track and field team. While living in Brazil, Inoki met his future mentor Rikidōzan, who took him back to Japan to become a pro wrestler.

While Rikidōzan had a background in sumo, Inoki’s other mentor, Karl Gotch, introduced the youngster to catch wrestling, a legitimate style of self-defense. Inoki took a liking to Gotch’s teachings and began to incorporate hooking and shooting into his pro wrestling style. This led to Inoki competing in worked pro wrestling matches that served as the precursor to modern MMA from a look and feel standpoint. The matches took on the appearance of a real fight without compromising a sports-like presentation. While the matches were scripted, Inoki had an ability like no other to mask this. For this reason, Carlson Gracie once called Inoki “one of the greatest fighters” he had ever seen despite him coming from the pro wrestling world.

NJPW founder and wrestling legend Antonio Inoki passes away at the age of 79 https://t.co/QT901bIiZT pic.twitter.com/IxCsg8vvdy

Inoki took the controlling stick of New Japan Pro Wrestling in 1972, a company he founded after being fired from JWA, his previous employer, for attempting to stage a coup. Inoki introduced “strong style” to Japanese wrestling fans, the official name for Inoki’s stiff, legitimate brand of wrestling. As a booker, Inoki led with “Inokism,” which refers to his booking style as the head of NJPW. He had already once married pro wrestling to what would become modern mixed martial arts when he faced off with Muhammad Ali in the famed bout of 1976. Inoki sought to prove his brand of pro wrestling was the premier style of fighting in the world, a concept which bares similarities to the UFC’s roots which sought to do the same.

The fight itself was nothing to write home about but proved significant for what would come next. “Hybrid fighting” took off in the mid-late 80s as a thirst began to grow for shoot style fighting without predetermined outcomes. By the early 90s, top Japanese organizations such as PRIDE FC and Pancrase began to form and rapidly increase in popularity across the land.

The Japanese MMA boom may not have happened without Inoki bringing global awareness to his style of shoot fighting. With Japanese MMA booming by the late 90s, Inoki attempted to capitalize on the boom by modelling his NJPW product after PRIDE. He began to bring in some of the top names in MMA to defeat his classically trained pro wrestlers, which was not well-received by the fans due to their inability to grasp the concept of a “work.” Likewise, he attempted to make MMA fighters out of pro wrestlers, many of which were not natural fighters like himself. Many took their lumps, but wrestlers who did see some MMA success, such as Shinsuke Nakamura and Tadao Yasuda, received a major push for their efforts in spite of a lack of pro wrestling marketability.

By 2003, Inoki had retired from pro wrestling and had his shares in the company purchased four years later. He went on to form a new promotion, Inoki Genome Federation, which intended to carry on the NJPW founder’s vision for an MMA and pro wrestling hybrid company.

Antonio Inoki lived a fulfilled life, leaving his mark on the world through innovation. The concept of mixed martial arts had not even been a passing thought to most until he fought Ali at the Nippon Budokan arena. The agreed-upon rules and clash of styles ultimately gave birth to MMA as fight fans currently know it today. Moreover, Inoki’s footprint on the world transcends both pro wrestling and mixed martial arts as he was much more than simply a martial artist or an athlete. He was also a distinguished business owner and mentor to some of the biggest names in Japanese combat sports, such as Masahiro Chono, Tatsumi Fujinami and Riki Choshu.

Inoki also dabbled in acting at different points in his life and had a 30-year political career in his native Japan. He also aided his home country as a diplomat, hoping to smooth relations between Japan and North Korea through pro wrestling.

His legacy is that of a man who succeeded in every facet of his industry and then went above and beyond to raise the bar for future generations to come. As he attempted to add martial arts to pro wrestling, pro wrestling would one day add itself to mixed martial arts. Concepts such as fighter marketability, long-term storytelling and trash talk have become paramount to the ability of fighters to earn a healthy living in the sport, and this boomerang effect would not have happened without Inoki’s influence.

Today, mixed martial arts is among the fastest growing sports in the world, let alone combat sports. For this and so much more, fight fans have the great Antonio Inoki to thank.