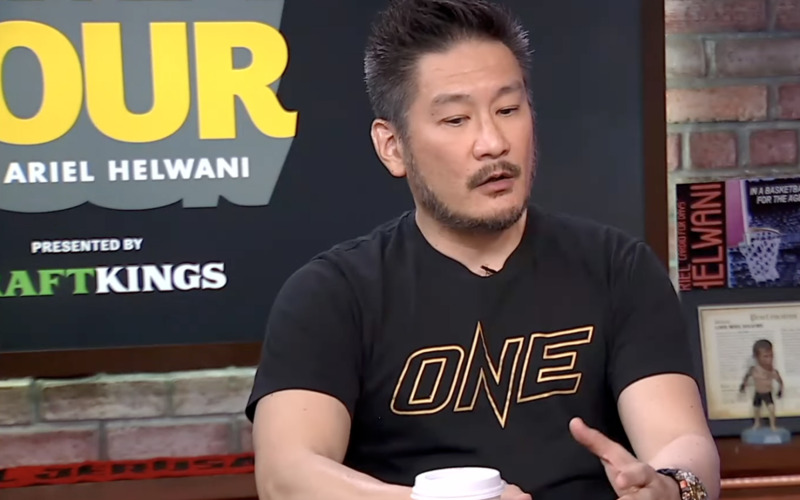 Ahead of ONE on Prime Video 3: Lineker vs. Andrade on Friday, October 21, ONE Championship Chairman and CEO Chatri Sityodtong joined Ariel Helwani on The MMA Hour to discuss all things ONE. Among the many questions was when the organization would touch down on U.S. soil. Sityodtong flatly stated that ONE will arrive in the second quarter of 2023.

“The first on-ground event is going to be Q2 of next year. I announced it at the business conference yesterday,” said Sityodtong, who spoke at the 2022 World Congress of Sports conference.

Sityodtong talked about the five-year Prime Video deal and stated how the two partners have big plans for the future. Marie Donoghue, VP of Global Sports Video at Amazon, was also at the conference and detailed how Amazon was only interested in marquee sports properties. After trending #1 in the United States on Twitter following the first event, it’s clear that ONE gained momentum with a spectacular first showing.

The ONE CEO told Helwani that fans will also be able to enjoy the ONE product as they have been, as ONE VP Rich Franklin is continually working with athletic commissions to ensure the global rule set will be in place. The global rule set features knees to a grounded opponent and has changes to the scoring process as a match is scored as a whole and not via a 10-point must system.

“We have Rich Franklin working with the various athletic commissions and getting our medical system, our hydration process, and our rule set approved. He’s going state by state, so we’ve got a few states that have approved,” said Sityodtong.

Sityodtong said that ONE will make more than two appearances in the U.S. in 2023. When they partnered with Amazon, the streaming giant initially wanted to have all events on U.S. soil, but ONE wanted to make sure the entire process was seamless before bringing their product to the States. As 2023 nears, it is clear that ONE is ready to make its big push in America.

“We have 12 primetime U.S. events with Amazon, and ideally, they want it all on-ground. We were the ones who said, OK, can we scale into it? It’s the pandemic, it’s COVID, it’s our first time in America. We want to get it all right. I think in this situation, it’s not about coming as fast as you can, but it’s getting it right. So our first show, we want to make sure we get it right, and then we build momentum from there,” said Sityodtong.

The first two Prime Video events have delivered memorable action, with ONE on Prime Video 3 featuring the always exciting John Lineker that should not change. The mesmerizing events should keep ONE rolling into the new year as they prepare to stage their first entry on the ground in the U.S. market.