3 Takeaways from ONE on Prime Video 3 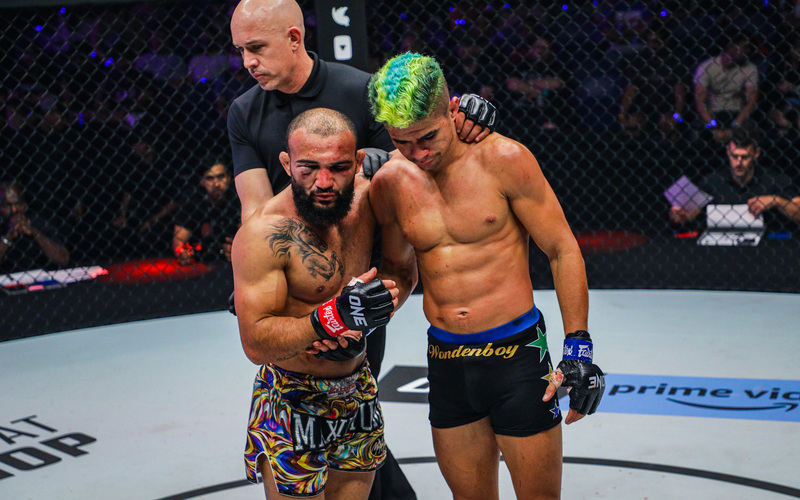 ONE Championship returned to the road and U.S. primetime with ONE on Prime Video 3: Lineker vs. Andrade. Axiata Arena in Kuala Lumpur played host to the exciting event that was capped off by three world title matchups. In the end, only two athletes were crowned ONE World Champions.

The ONE on Prime Video 3 main event was getting warmer by the day in the lead-up to the event, thanks in part to Fabricio Andrade’s constant trash talk. After a low blow from “Wonder Boy” left John Lineker unable to continue, their bout was ruled a no contest. Without that definitive ending, a rematch seems in order.

The accidental foul will only serve to make the next bout between the two even more contentious. They will both be eyeing the ONE Bantamweight World Championship while having a point to prove to the other after what transpired inside the Axiata Arena. Andrade will want to affirm his spot with an equally impressive showing, while Lineker will try to rebound with a more classic “Hands of Stone” performance.

There is no confirmation that a rematch will happen next or when we may see either man back inside the Circle. Regardless, it’s apparent that these two will be back under the bright lights against one another at some point. When that happens, the rivalry will surely reach the next level, as both will want to erase the memories from their first encounter.

Undefeated Russian Shamil Gasanov had a big opportunity by taking on #2-ranked featherweight contender Kim Jae Woong. He made it look easy with a first-round submission win over the South Korean. Following the bout, he called out everyone and made it known he is here for the top of the food chain.

As with any undefeated prospect, the jury is still out until they arrive on a global stage against elite competition. Few can do what Gasanov did and arrive with such a statement that they instantly become a top contender themselves after just one showing. But his place among the featherweight elite is undeniable after dismantling “The Fighting God.”

It is difficult to gauge what will be next, given how stacked the division is along with the arrival of fresh faces. However, Gasanov fits in right at the top and could be one more match away from a title shot. That is especially true if he can have a follow-up performance equal to what he showed at ONE on Prime Video 3.

Miado Ready To Contend At Strawweight

Jeremy Miado has arrived as a factor in the strawweight division with his third-round TKO over Danial Williams. “The Jaguar” looked incredible from the very start of the bout and outstruck the talented striker from Australia at nearly every turn. It was a complete performance that will move him to the next stage of his career.

The Filipino has not gone unnoticed in the division but has not received the credit he deserves. That will change following ONE on Prime Video 3. The manner in which he defeated Williams will be a shot across the bow to the division’s top players. Miado is dangerous no matter where the action takes place and has all the talent to contend for the gold.

When athletes are given a platform like Prime Video, it is their shot to step out into the spotlight and deliver. Perhaps no one more than Miado did that on October 21. His exciting performance turned into a showcase. The world will know his name moving forward, and as he enters serious title contention, the stage will only become a larger platform for him to shine on.