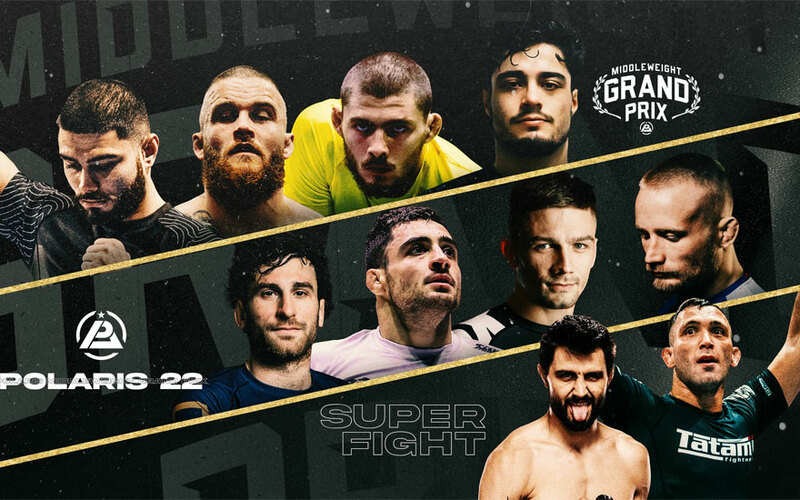 One of the more prominent professional Jui Jitsu promotions returns this afternoon. Polaris 22 will be held from the Southhampton Central Hall in Southhampton, England. The event kicks off at 12pm ET/ 9am PT and can be viewed live on UFC Fight Pass. It features an 8-man Middleweight Grand Prix with the winner taking home $20,000. A superfight between UFC welterweight legend Carlos Condit is also on the top of the billing, as he competes against Polaris champion Ash Williams.

Match 1 Hunter Colvin def. Owen Livesey via Rear-Naked Choke at 9:27 of Round 1

Match 5 Roberto Jimenez def. Hunter Colvin via Triangle Choke at 7:58 of Round #1

Match 7 Roberto Jimenez def. Jed Hue via Head and Arm Triangle at 9:55 of Round 1

Ash Williams def. Carlos Condit via Heel Hook at 4: 14 of Round 1

Nathan Johnstone def. Dominic Dillon via Toe-Hold at 1:29 of Round 1

Owen Jones def. Anton Defreitas via Triangle Armbar at :42 of Round 1

Finlay Nixon def. Justin Moore via Heel Hook at 1:48 of Round #1

Mo Coles def. Gavin Stewart via Reverse Triangle at 7:14 of Round #1

Voilet Bennett def. Emily Eyles via Armbar at 4:23 of Round #1