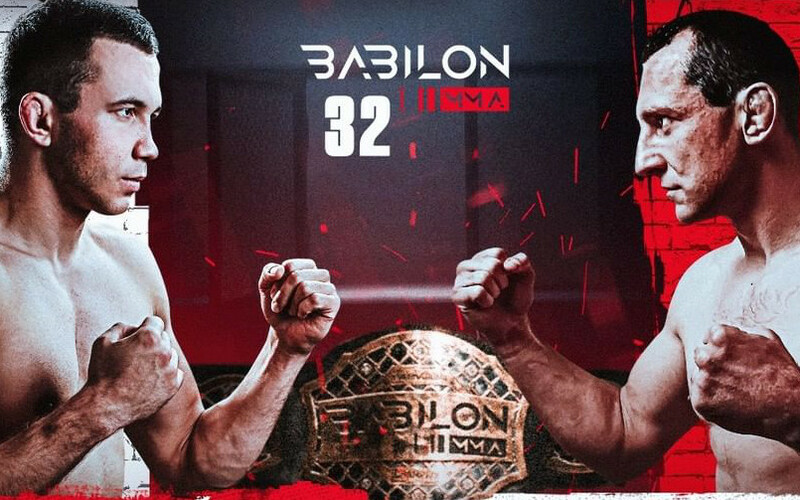 Babilon MMA 32 takes place on Friday, November 11 at the Rarodm Sports Center. The event will be a part of Poland’s Independence Day celebration. A welterweight title bout will headline the fight card as Radom’s own Łukasz Siwiec takes on the undefeated Konrad Rusiński.

The 31-year-old Radomian, Siwiec sports a 7 – 1 record. He’s currently on a three-fight winning streak and unbeaten in Babilon MMA.

Rusiński has an unblemished 4 – 0 record and is also undefeated in the promotion.

This fight will crown a new welterweight title holder. The popular rumour says that both fighters are on KSW’s radar for some quite time now.

Marcin Jabłoński has an 11 – 2 record and rides an eight-fight winning streak. He will square off against the former lightweight contender, Ivan Vulchin. The Ukrainian fighter sports an 11 – 5 record.

Another Radom representative, Damian Zuba will take on Filip Lamparski. Zuba is suffering a two-fight losing streak, while Lamparski will enter a cage strengthened by a four-fight winning streak.

In one of the semi-pro fights, the fans will see one of the most talented female MMA fighters in Poland. Only 17-year-old, Daria Brzozowska has already won 13 amateur bouts. Last year, she was chosen as the best fighter of the Amateur MMA League, while in 2020 she represented Poland at the European Championships. She was quite successful, as she won both of her bouts.

Łukasz Siwiec def. Konrad Rusiński via Submission (Rear – Naked Choke) at 3:39 of Round 2 and won the Babilon MMA welterweight title

Marcin Jabłoński def. Ivan Vulchin via Submission (Arm – triangle Choke) at 4:42 of Round 1

Filip Lamparski def. Damian Zuba via TKO (Left hook to the body) at 3:55 of Round 1

Krystian Szczęsny def. Bartłomiej Nowak via TKO (Elbows) at 2:16 of Round 1

Dominik Tkaczyk def. Adam Fidkowski via KO (Right Hook) at 1:08 of Round 1

Amateur bout: Daria Brzozowska def. Wiktoria Andruch via TKO (Punches) at 1:23 of Round 1