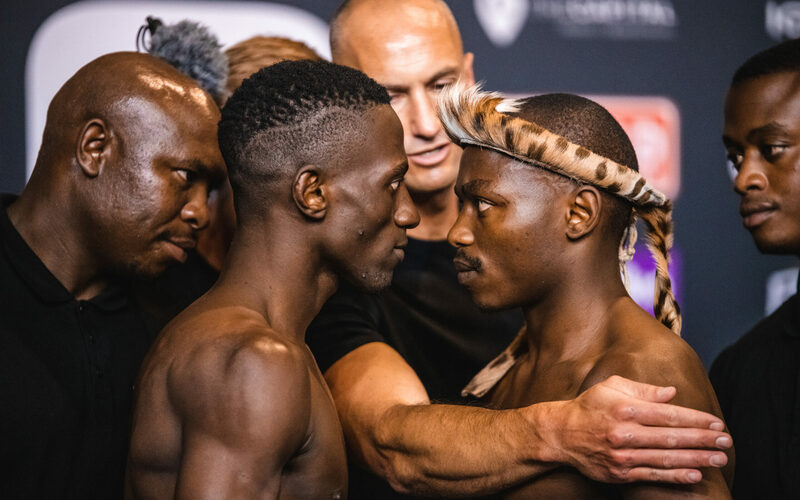 Extreme Fighting Championship is gearing up for its 100th event, which will take place today live from the EFC Performance Institute in Sandton, South Africa. EFC, not to be confused with the Khabib Numagomedov-owned Eagle FC, is one of the marquee MMA promotions in Africa and has produced fighters that have gone on to bigger promotions such as Gareth McClellan, the UFC‘s Manon Fiorot and Dricus Du Plessis, and the PFL‘s Don Madge.

Thursday’s main event will see Nicholas Hwende, the 4-0 bantamweight champion of the promotion defend his title against former flyweight champion Nkazimulo Zulu. Hwende is riding a seven-fight winning streak dating back to his amateur days and is one of the promotion’s biggest rising prospects due to his finishing ability and well-roundedness relative to his experience.

The Zimbabwean will look to defend his title, which no longer has the interim label tied to it, against Zulu a former flyweight champion and challenger who appeared as the EFC representative on the 24th season of The Ultimate Fighter, which brought flyweight champions from around the world into the TUF House. Zulu is coming off a split draw against Gian Sousa this past May at EFC Fight Night 2, but has fought all but two of his professional fights for EFC and is thus a recognizable name in the promotion. The Souza fight marked “Zulu Boy”‘s first at 135 pounds in nearly three years, so size could be a factor in what should be an exciting main event between the past, present, and future of the promotion.

The co-main event features an interim lightweight title fight between South Africans Cole Hennig and Tshilomba Mikixi. Hennig, who has fought all six of his fights for the promotion, boasts destructive power for the division. He needed just five seconds to knock out Tumisang Madiba in his most recent fight, which will have taken place almost exactly one year to the date of his upcoming fight on Thursday. “The Hitman” loves his first-round knockouts, as three of his four professional wins have come by way of punches in the first round.

Hennig will be staring down one of the toughest tests of his young career in Mikixi, who enters Thursday’s interim title fight on the heels of a two-plus year layoff. At 6-foot-1, the height and length of Mikixi will undoubtedly be an obstacle for Hennig to navigate, and the native of the Democratic Republic of the Congo has also shown an ability to get better the longer the fight goes. Thursday’s interim title fight will likely come down to whichever fighter is able to better impose their will on the other.

While the prelims will feature a slew of local fighters looking to make their mark on the sport, the rest of the main card will contain a few other matchups worth monitoring. Billy Oosthuizen is set to meet Stephan De la Rey in a featherweight bout set to take place right before the co-main event. Both fighters have a combined finishing rate of more than 90 percent and are bound to produce some fireworks.

Featherweight prospect Shannon van Tonder is also set to put his unbeaten 4-0 record on the line against Musa Sethwape, his South African countryman. Van Tonder has taken a grappling-heavy approach to his career and has finished all four wins within the first two rounds. Sethwape, meanwhile, is riding a three-fight winning streak of his own after starting his career 0-2. Another featherweight bout between Nerik Simoes and August Kayambala is set to open the main card.

Tshilomba Mikixi def. Cole Hennig via TKO (strikes) at :45 of Round 4– for the EFC Worldwide Interim Lightweight Championship

Nerik Simoes def. August Kayambala via Knockout (strikes) at 2:36 of Round 1

Jailson Sousa def. Pietie Coxen via TKO (strikes) at 1:55 of Round 1

JC Lamprecht def. Willem Smith via TKO (strikes) at 1:09 of Round 1

Terence Balelo def. Martin Gcinumkhondo via Submission (RNC) at 4:52 of Round 1

Sizwe Mnikathi def. Robert Swanepoel via Submission (RNC) at 1:58 of Round 1

Godknows Ndlovu def. Luke Hendrikz via Submission (RNC) at 3:30 of Round 1

Bheki Ngcobo def. Jesse Schaper via Submission (calf slicer) at 2:19 of Round 2