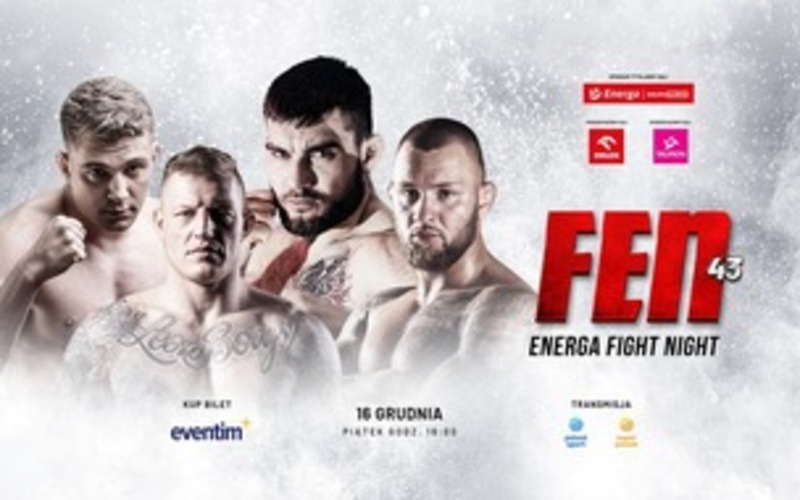 The reigning champion, Kacper Formela was scheduled to fight Matheus Pereira. However, Pereira suffered an injury, which forced him to withdraw from the match. And so, Pedro Nobre has stepped in to become Formela’s new rival.

Formela sports a 14 – 4 professional MMA record. He made his FEN debut back in 2020. At FEN 28 he lost by decision to Łukasz Charzewski. Since then he has won five consecutive fights and grabbed the featherweight strap. He became the champion by stopping Nicolae Hantea at FEN 39. He successfully defended the featherweight title by knocking out Aleksandr Gorszecznik with a head kick at FEN 40.

Nobre has a 21-6-2, 1 NC record. ‘The Rock’ is a Brazilian MMA circuit and TITAN FC veteran. His only UFC appearance ended with a no-contest after the referee Dan Miragliotta stopped his fight against Yuri Alcantara after the Brazilian suffered some illegal blows. He laid down on his stomach and was declared unable to continue. However, the stoppage was seen as premature by the MMA community. Even UFC’s president, Dana White, took it to Twitter to compliant Nobre’s acting skills. Most recently he won only three out of his last five bouts.

In the co-main event, Szczecin’s own Wojciech Kawa will take on Arkadiusz Pawłowski. Two promotional debutants will square off as Armia Fight Night alumni Klaudia Syguła will fight Ana Lobzhanidze.