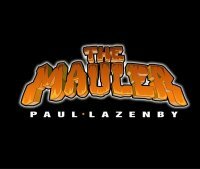 In Part One of this story from Paul “The Mauler” Lazenby, an illegal Fight show went down in Surrey, British Columbia. What was troubling was the City and the RCMP did nothing about it. What makes this story even more interesting is that the so called promoter tried to spin it as a charity show. Except the poor bloke couldn’t tell anyone what the charity was. Hmmm… Here is part two from paullazenby.com

Shortly after posting a link to the previous story on Facebook, I was contacted by Inderjit Bisla, the promoter of the illegal fight show that took place last weekend in Surrey, BC. The following is our online conversation in its entirety, I’ll leave it up to you to draw your own conclusions (Mr. Bisla’s first comment and mine were posted on my Facebook page, everything else was communicated by DM):

BISLA: Hi Paul, the show was a amateur fund raising event, it was not a illegal fight show, thank you

LAZENBY: Indy: According to City Hall’s own statements, it was operating in violation of existing zoning bylaws.

LAZENBY: Hi, Indy–in case you don’t go back to the page you left a message on, I have a question for you. Although the “fundraising” status of your event has nothing to do with its legality/illegality or the double-standard in effect here, since you have brought it up, I’m curious as to which organization you were raising funds for. I don’t see any mention of a charitable beneficiary on your event poster. Would you have a problem with letting me know what charity it was to which you donated, as well as the amount and a contact number for the exact individual who collected the donation?

BISLA: Hi Paul, All the authorities,officials and people who attended were aware of the organization that we raised funds for. i don’t feel the need to give you any further information.

LAZENBY: A “secret” charity? Wow, that doesn’t sound suspicious at all.

BISLA: did you send any funds or any body you know did? so mind your buisness champ!

LAZENBY: Send funds for what? You won’t even tell me what you were raising funds for. I don’t know about you, but I don’t blindly send money to random people without knowing where it’s going.

BISLA: organization the funds went to was posted on the front door and was also announced during the show maybe you should have been there. lol

LAZENBY: Why? I make every effort not to attend improperly-supervised fight shows. Nor do I attend “charity” events that refuse to divulge where the raised money is going. I guess I’ll have to put you down as refusing to reveal the beneficiary of the money that you purport to have raised for charity.

BISLA: ok you do what you think is right. i will carry on with my work bye for now.