Chad Mendes is coming off of the only loss of his career, as he was knocked out in his UFC featherweight title fight by champ Jose Aldo at UFC 142. The 27 year old fighter took what he could from the fight and will only grow from the loss.

He recently spoke with Fightline.com about his loss to Aldo, “It was tough and losing sucks, but I’ve only lost twice in the past five years between MMA and college wrestling,” said Mendes. “It sucks, it’s something I hate, but I am training hard and pushing myself every day to my limit just because I know that I can be the best and I want to win. When you’re in a fight and get caught like that it bums you out. I trained so hard for that fight and I was ready to go five rounds and make it a war. If it would’ve happened later on in the fight it wouldn’t have felt so bad, but when it happens with 2 or 3 seconds left in the round it feels worse.”

When looking back on it, Mendes believes it will only help him in the long run and a second fight with Aldo would not go down the same. “If anything I think it will help me out in the long run with my confidence. Jose Aldo is one of the best pound for pound fighters in the world and honestly I felt like I was handling him in that first round and holding my own. I learn from my mistakes and if we fight again I won’t make the same mistakes. A second fight would be totally different. I went back and watched it and saw what I did wrong; now it’s time to move forward. Losing is part of the sport and everyone goes through it, but it still sucks. I felt like I proved I’m one of the best if not the best fighters in the 145lb. division. The whole trip is something I will remember for the rest of my life. I only saw some of his leap into the crowd while I was in the cage and saw the whole thing later on, it wasn’t easy to watch.”

The Team Alpha Male fighter is now training for his upcoming bout at UFC 148 against Cody McKenzie.

To read the entire interview with Chad Mendes head over to Fightline.com. 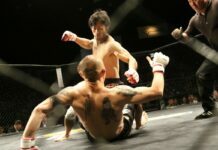 MMA Fighters We Have Questions About in 2021 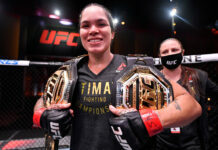