The early summer of 2012 will no doubt be remembered as a time when middleweights ruled the MMA public’s interest. Even after headlining three consecutive Zuffa main events, the most exciting thing about the division is its future potential. 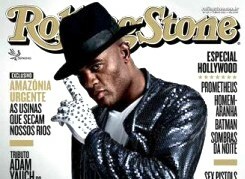 Generally, a longtime, clear #1 in any MMA division, or in any sport at all, bestows a sense of continuity that excites both hardcore and general viewers alike.

However, the first era of Anderson Silva‘s UFC middleweight reign was fraught with short-lived decimations (Franklin x2, Lutter, Marquardt, Henderson, Cote) and quixotic performance-art (Leites, Maia) that often led to more raised eyebrows than cheers. This made him a soft target for the underdog hype-job of the millennium by upstart journeyman Chael Sonnen back in the spring and summer of 2010.

Entering that fight, many knew Chael had the wrestling chops to frustrate Silva, but few expected Sonnen to dominate as he did, much less did anyone predict Anderson would complete the greatest comeback in MMA history during that fight. That heartbreaking performance put Chael Sonnen, the middleweight division, and, to a significant extent, Anderson Silva either on or back on the map. Afterward, the sudden flourishing of the Brazilian MMA marketplace propelled Anderson toward two highly memorable title bouts (Belfort, Okami), which were, respectively, the biggest MMA TV draw and live event in Brazilian history and highly successful in North America, as well. By recently vanquishing Sonnen again, Silva only extended his legacy further. These four fights could be considered the golden era of Silva’s unparalleled career.

Now, subjects of his vast fandom await the royal decree of his next opponents. Whether it features another catchweight fight against a top name or simply a series of justified title defences, if 37-year-old Silva has a strong final act left in him, his name will truly live on forever among the stars.

In theatre, The Fool speaks only the truth. If that’s true, Chael Sonnen, whose unrelenting wit is actually a unique mixture of candour and hyperbole, must be the great truth-teller of our age.

Minor factual fabrications aside, everything he said was, in fact, true. Was Anderson unappreciated in many circles and at times odd or uninteresting as a personality? Sure. Did Chael possess strengths that negated nearly anything Anderson could do to stop them? If the balance of their seven rounds in the Octagon told us anything, yes again. Is Chael Sonnen off his rocker? Absolutely not. He’s more like the MMA equivalent of a mild-mannered and overlooked cubicle worker who suddenly begins saying exactly what he wants, only to be offered a nice promotion as a result! Love or loathe him, Sonnen backs up his trash talk. Now, THAT’S saying something.

A rebound fight against Wanderlei Silva would certainly hold intrigue, but the word from Chael is a move to light heavyweight may be in the cards.

Just four days after Silva vs. Sonnen II, a red-hot undefeated prospect from New York met arguably the division’s number-one remaining contender at UFC on FUEL 4; Chris Weidman and Mark Munoz each rode 4-0 runs into the match and most observers expected a close contest. What viewers saw was under seven minutes of pillar-to-post domination by the young Serra-Longo product made memorable by a powerhouse double-leg take down and stifling ground control throughout the first round and a slick inside slip-elbow followed by a barrage of strikes to score a TKO early in the second.

Many, including Weidman himself, argue he’s the obvious next UFC middleweight title challenger. Whether that happens depends a lot on if the UFC feels Weidman has enough casual-fan recognition to sell a title fight against their current tent-pole champion, Silva.

If a title fight proves elusive, expect Weidman to prove his mettle once more in a high-profile slot against a well-known recent winner like Vitor Belfort, Rich Franklin, or Alan Belcher.

Better to reign in Strikeforce?

For twenty-five minutes each left everything in the cage in one of the most thrilling clear-cut decisions in recent memory, which Rockhold deservingly won based on superior striking volume and aggression, but not without being placed in numerous undesirable positions. Nevertheless, Rockhold again displayed why many include him among the world’s Top-5 at 185lbs. But don’t expect him to compete in the UFC any time soon since he’s one of the few bankable commodities Strikeforce has left.

For now, fans must be satisfied with a potential rematch of Rockhold’s similarly action-packed win over Brazillian grappling stalwart, and former reigning Strikeforce middleweight kingpin, Ronaldo “Jacare” Souza. Further down the line, newly-minted Strikeforce middleweights Lorenz Larkin and Roger Gracie could keep Rockhold busy for years… if he can keep winning.

Barbarians at the Gate

The run of massive middleweight match-ups continues on July 21 in Calgary, Alberta at UFC 149. In the night’s co-main attraction, long-time Bellator Fighting Championships star middleweight head-cracker Hector Lombard faces unlikely contender Tim “The Barbarian” Boetsch, who earned this match via a surprising come-from-behind TKO at UFC 144. Should Lombard win, it will be his twenty-fourth straight outing without a loss. If Boetsch pulls it off, it will be the second straight unexpected Octagon win from the brawling nor’easter. Regardless of the winner, odds are this fight ends with a highlight reel KO, which is just the sort of outcome that gets fans to scream, title shot!

Other major middleweight contests already pencilled-in for 2012 include Yushin Okami vs. Rousamir Palhares and Jake Shields vs. Ed Herman at UFC150 in August, and the recently announced Michael Bisping vs. Brian Stann at UFC 152 in September.