This Saturday night marks the Ultimate Fighting Championship’s (UFC) return to broadcast television, as the company embarks on its fourth venture onto FOX.

For the occasion, the UFC has brought two former UFC world champions, Ultimate Fighter veterans, and a heap of potentially exciting bouts.

With that in mind, let’s take a look at the main card. 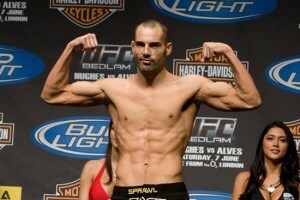 Opening the card will be former Ultimate Fighter veterans Mike Swick and DeMarques Johnson in what should be an entertaining well-rounded scrap.

After two and a half years, Swick is finally making his return to the cage. Although always exciting, Swick had fallen on hard times before his injury losing two in a row. After such a lengthy time away from action, it’s anyone’s guess if Swick shows up with the same enthusiasm we have seen throughout his UFC career. Some fighters come back from such a long layoff refreshed and rejuvenated, while others fall flat.

DeMarques Johnson will be looking to test Swick early and often as the Utah native loves to strike. Although Johnson brings an aggressive ground game, he has also been known to get caught. Swick, although primarily a striker, is more than capable of taking advantage of any openings Johnson gives him.

If Swick is in prime form, he should have little trouble using his quickness and agility to out strike or out grapple Johnson.

In their last bouts both men provided shocking performances, although each for different reasons.

In the highly anticipated bout between Joe Lauzon and Anthony Pettis, the Boston grappler lasted a little over a minute before taking a booming head kick directly to the face. On the contrary, Varner was brought in as a late replacement against the highly-touted Edson Barboza. Expected to lose, Varner took control of the bout early and finished the prospect in just less than four minutes.

With that being said, I fully expect Lauzon to have his way with Varner. His submission game should be too strong for the less than stellar grappling of Lauzon. If we’re lucky, a submission loss will prompt Varner to pull out his infamous “I came to box, he game to grapple” excuse used following his WEC bout with Benson Henderson. 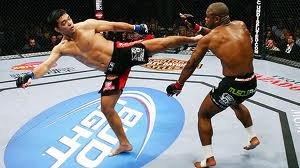 And now we enter the money end of the card. In the co-main event, Arizona State standout Ryan Bader will attempt to keep his momentum train rolling as he enters the cage with former UFC Light-Heavyweight Champion Lyoto Machida.

Bader is coming off of unquestionably the biggest win of his career, out wrestling and dominating an overmatched Quinton “Rampage” Jackson at UFC 144. The win marked two in a row for the two-time All American after losses to Tito Ortiz and Jon Jones.

Machida as well fell to Jones in 2011, being choked unconscious by a rarely seen standing guillotine. The loss continued a string of disappointing performances as “The Dragon” is now 1-3 in his last four performances.

We have never seen Machida’s takedown defense tested the way it will be on Saturday night. Although we saw Jackson have some success, he could not keep Machida on the ground. Bader is undoubtedly the best wrestler Machida has ever faced and will present challenges the Brazilian has never faced.

That being said, Machida will find a way to win. Bader is known for leaving himself open on the feet and is something Machida will take advantage of.