Jonesin’ for a scapegoat

You’re mad, the UFC is mad, this whole damn place is mad!

UFC 151 has been axed. It will forever be known, because I’m officially dubbing it right now, as “The Ghost Card.” Put that in your trivia data banks.

Jonesin’ for a scapegoat

Jon Jones made a decision that he felt was best for his career. Dan Henderson sustained a knee injury where the UFC had to force him to withdraw from the fight. The guy was prepared to fight “Bones” on one leg. Yes many of you will say that is what a real fighter is, you go out there and fight whoever, whenever, and you do it on one leg. I give Hendo full respect for that but that would have also been rather stupid on his part. But at this point in Henderson’s career, he really has nothing to lose or prove. Maybe he is one of the last of the Mohicans. A relic from a different time where guys had to fight hurt and didn’t care who was standing in front of them; but that was then and this is now.

Stupidity would also be Jon Jones taking a fight with Chael Sonnen on three days notice. Yes I know you say eight, I say three real days of actual training, because you have to take into account that there are at least five days devoted to weight cutting, media and promotion before every big fight. That is the regular routine for a top level UFC fighter as I heard “Bones” Jones’s trainer Greg Jackson explain it.

If you are the UFC light heavyweight champion, and you want to cement your legacy as the best pound-for-pound fighter in the world, would you risk a loss against a bad ass like Chael Sonnen on three days preparation time? All of you armchair cage fighters can say, “Yeah man I’d do it” but you’re not Jon Jones and you’re not the light heavyweight of anything…

The fact of the matter is, fighting has become big business. For a lot of these competitive SOBs it’s about the wins and losses. They don’t like to lose and they will be smart with the fights they take and when they take them. The fighter in you can disagree, but the professional in Jones made the smart decision for his career; note his career.

All of this Jones venom is rather ridiculous and Dana White only fueled it by throwing his champion and his legendary trainer under the bus. It was completely mishandled by Zuffa, the UFC and Dana White. It appears White reacted on emotion and that isn’t the first time and won’t be the last. He is an emotional guy. Calling Greg Jackson a “sport killer” is over the line, and saying Jon Jones is not a real fighter and selfish was even more disrespectful.

Not a real fighter? Selfish? Jon Jones is one of many reasons why the UFC is making money. Jones has slowly become the face of the UFC. Love him or hate him, even the most casual of fight fan would buy a UFC PPV with Jones has the headliner. So throwing that cash cow under the bus was rather…umm…confusing and inopportune.

Canceling 151 is unfortunate but Zuffa made a business decision. Was it the right one? I guess it depends on how you look at it. I feel awful for those fighters who can no longer pick up a pay cheque as some need it more than others. In fact that is who has been affected the most, and to me, the UFC is to blame for the decision, not Jon.

Maybe it was fear that 151 would turn into another snoozer of a card like UFC 149 and maybe this time they wanted to save some face. To be honest there wasn’t a fight on that card that you could sell as a Main Event. Apparently Anderson Silva offered up his services but by that time it was too late. Yet, I have always gone by the old theater and circus adage, “The show must go on.” Guys have mouths to feed and the UFC should have adjusted, grin and bared it, but they decided to pull the plug.

Most of us don’t have millions, Nike sponsorships, or wear big shiny UFC belts around our waists. In the fight game the business is you. Jones is his own corporation. Some of you have your own businesses and there are moments where you have to make tough choices that may not always be popular, but you make the call because you are looking out for the greater good of your company. 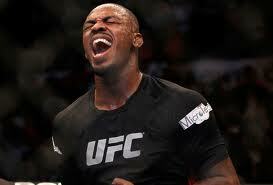 Dana White exercised a little bit of hypocrisy. Jon Jones doesn’t have to prove anything to anyone. He is the top dog. It has nothing to do with money but everything to do with being the champion of the world and one day quite possibly the greatest. Jones didn’t cancel the event and he didn’t hurt Dan Henderson’s knee.  The decision of canceling of the show was made by Zuffa. It wouldn’t have been the first time a Main Event has been called off, but I always admired the UFC for rolling with the punches.

The frustration spewed by Dana White was not really about Jones not fighting Chael Sonnen. To me that deep down frustration came from another high profile fight being nixed due to injury. It has been a continuation of what has been a very rough year for the big promotion. This is the first event cancelled by the UFC, but I’m guessing it probably won’t be the last. Maybe we can insert my argument that the UFC has stretched itself too thin here, but I will leave that for another day. No reason to kick a horse while it’s down.

Jones could have thrown caution to the wind and taken a title defense for someone he couldn’t prepare for properly, but what happened if he lost? It may not mean much to you or me, but for Jones it would be devastating. Maybe we can’t relate, but in this game winning is everything and you do whatever you can to make that possible. Even if Jones were offered Machida or Weidman on only eight days notice, he would have said no to those match ups too. There is no conspiracy theory. It’s not about Jon Jones ducking Chael Sonnen. It’s about having prep time so that Jones can increase his odds of winning. If you’re an athlete isn’t the the most important thing? Winning? Last time I checked they don’t have a participation belt.

Now we have Jones vs. Machida 2 at UFC 152 on September 22nd, wait…nope Machida turned it down and now we have Shogun Rua? Nope he turned it down too, so now it’s Belfort. So many people to be mad at, the question is, will Dana White hold a conference call to say that Machida and Rua are selfish fighters too? I’m thinking not. It’s just business.