Earlier this week, UFC 151 was cancelled due to Dan Henderson getting injured and Jon Jones not wanting to fight Chael Sonnen on 8 days notice.

It is obvious that Sonnen is still extremely upset at the fact that Jones did not take the fight and is using every means necessary to get his anger out.

If you didn’t already know, Chael Sonnen owns a pizza place in his home-town of Oregon. He has thrown up a new special called the “Jon Jones Special Pizza,” that pizza is loaded with chicken and full of cheese. He even throws a jab at Jones’ DUI arrest from back in May, by saying the special comes with a six-pack of beer. Delivery is available to avoid a DUI.

Check out the poster below thanks to the great folks at TMZ.com. 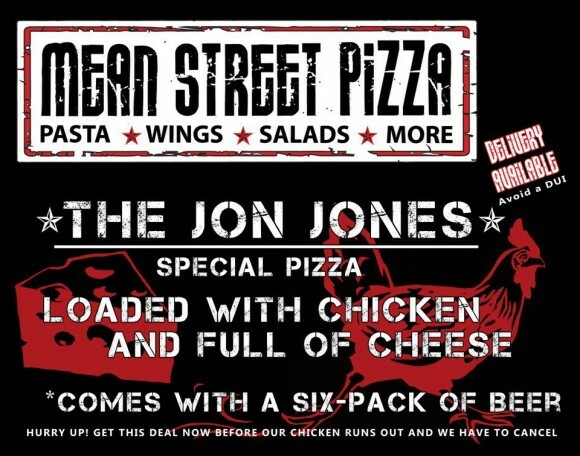