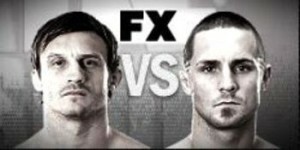 There are two main events during Saturday night’s UFC 155 event.

Of course, we all know UFC heavyweight champion Junior dos Santos headlines opposite former champion Cain Velasquez in the main event of the pay-per-view card.

But don’t forget about the preliminary card’s main event on FX between bantamweight contenders Eddie Wineland and Brad Pickett, because this is a pivotal fight in the division that may net the victor a title shot against the winner of UFC London’s Renan Barao vs. Michael McDonald.

It’s going to be a great fight, and is easily a leading contender to score the event’s “Fight of the Night” bonus.

Both Wineland and Pickett are WEC veterans who have transitioned nicely to the UFC. In Wineland’s case, he’s a former WEC bantamweight champion and had a 5-2 record in that promotion, including memorable “Knockout of the Night” wins over Will Campuzano (KO via body shot) and Ken Stone (KO via slam).

Since coming to the UFC, Wineland has only gone 1-2, but those two losses were to top-ranked title contenders Urijah Faber and Joseph Benavidez. The win – a KO over Scott Jorgensen that saw both garner a “Fight of the Night” bonus – came in Wineland’s last outing and moved him up the ladder to fight Pickett, who has been red hot as well.

Both fighters have no problems standing in the pocket and trading, meaning this one has the makings of a stand-up brawl. Although Wineland is the more powerful striker, Pickett is more technical, and, as he’s shown in his last few fights, is developing some power. But Wineland has the better chin and if this one stays standing there’s a good chance Pickett may get knocked out.

On the ground, though, there’s no doubt that Pickett is the far superior submission artist. Although Wineland has excellent takedown defence and will be difficult to get down to the mat, if Pickett can get him down there it’s definitely possible he can catch him in a submission.

But I honestly think the most likely outcome is that this fight goes the full 15 minutes and both men end up with swollen knuckles and bloody faces at the end of it. It should be a very competitive decision, but ultimately one man will jump up the bantamweight ladder and move one step closer to that coveted title shot.

Sure, Pickett’s already had his shot at Barao, but the first fight was very exciting and a second one wouldn’t be bad. As for Wineland, it’s a fresh matchup against Barao, and if McDonald upsets the champion, then there’s the potential for new fights with Pickett and Wineland. So, really, there’s no losers here. In fact, the fans are going to end up big winners, because we’re in store for a great year at 135 pounds in 2013 after a down year in 2012 due to UFC bantamweight champion Dominick Cruz’ injuries temporarily stalling the division.

Get ready for the best FX fight ever on Saturday night. Enjoy.