Tomorrow night live on the FOX network MMA fans will be treated to one of the best (on paper) UFC cards this year.

Rounding out the main card are Nate Diaz vs. Josh Thomson and Jordan Mein vs. Matt Brown.

The fighters squared off after todays official weigh-ins and as always there were fierce staredowns. Check them out below. 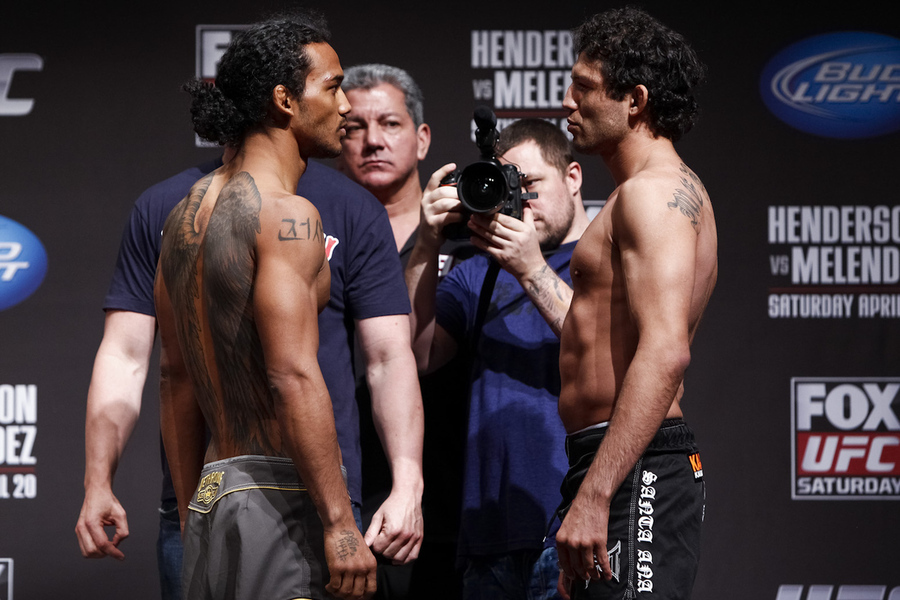 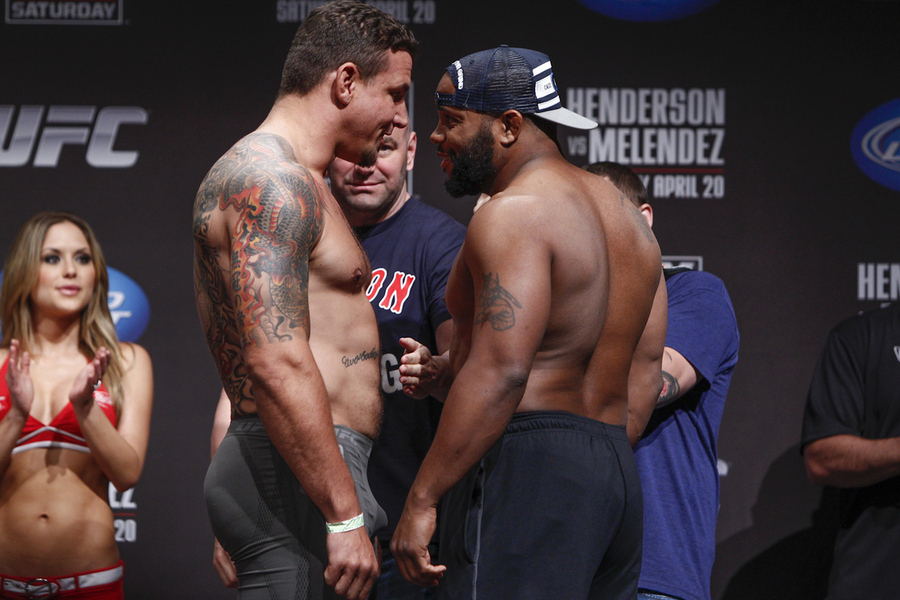 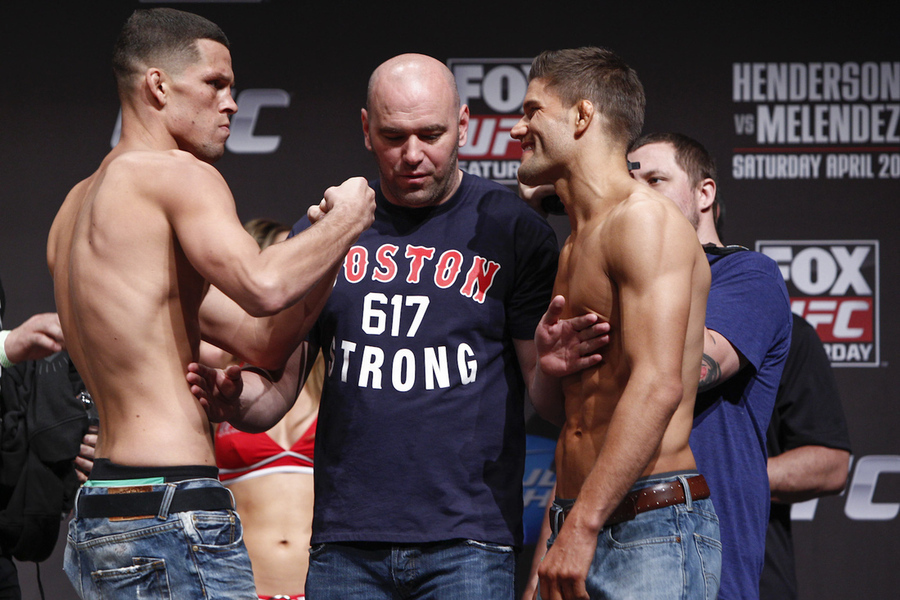 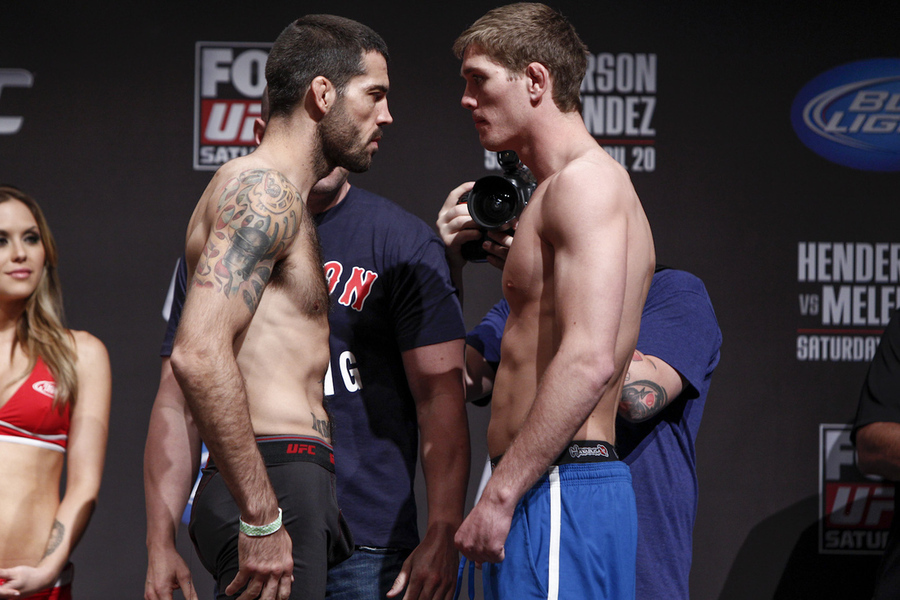 (Photo by Esther Lin for MMAFighting.com)