One of the legends of mixed martial arts will be stepping into the cage for the last time later this year. Megumi “Mega Megu” Fujii (26-2) announced the impending end of her competitive career at last night’s Vale Tudo Japan 2 card. She thanked her fans, and then announced that her last fight will be at the Vale Tudo Japan 3 event on October 3rd.

For those who aren’t already aware, Megumi Fujii is one of the pioneers of women’s mixed martial arts, competing actively since 2004. Prior to that she competed in both Judo and Sambo at a high level. In addition to her MMA work, Fujii has also dabbled in pro wrestling, and made appearances on the obstacle course shows Sasuke and Kunoichi (known to North American fans as Ninja Warrior. She is also one of the head instructors at the Abe Ani Combat Club.

A submission specialist with an affinity for armbars and toeholds, Fujii has recorded 19 of her 26 wins by tap-out. She is also and ADCC World Championship-level grappler, finishing third in her division in 2005 and 2007. Her black belts in Brazilian Jiu Jitsu and Judo, as well as her master rank in Sambo give her a wide range of techniques to choose from, and enabled her to go on her initial 22-0 run.

MMASucka would like to thank Megumi Fujii for her contributions to mixed martial arts, and congratulate her on successful career. We wish her luck in her final match, and a great life in retirement. 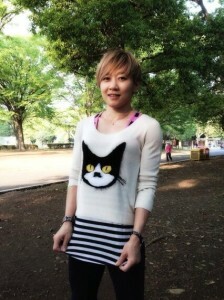