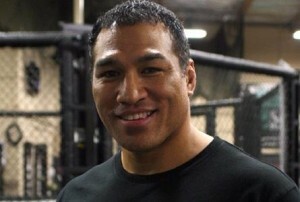 World Series of Fighting president Ray Sefo has confirmed, via MMASucka’s very own Jeremy Brand, that he is planning on bringing the fledglling promotion north of the 49 later this year. The news was verified on Sefo’s twitter account earlier this evening.

World Series of Fighting planning on coming to Vancouver, Canada

Not confirmed yet but yes.. RT @JeremyBrandMMA: @SugarRaySefo heard rumors about you coming to Vancouver in October. True or false?

The province of British Columbia recently appointed their first ever provincial athletic commissioner and he has been hounded by organizations chomping at the bit to through a pro show in Vancouver.

No date or match-ups have been officially announced at this time.

As mentioned WSOF is planning the event in October, but the fourth installment will take place on August 10 from the Citizens Bank Arena in California. A slough of fights have been announced for the card, such as Tyrone Spong vs. Angel DeAnda, Brandon Hempleman vs. Marlon Moraes, Keon Caldwell vs. Nick Newell and Gesias Cavalcante vs. Tyson Griffin. Along with those match-ups company president Sefo will also be back in action against Dave Huckaba.

The World Series of Fighting airs on NBC Sports in the US, and is streamed online internationally. Stay tuned to MMASucka.com for more on this and other upcoming events.