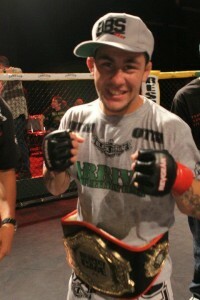 Ed Soares, President of Resurrection Fighting Alliance (RFA), announced today that the RFA will hold its first ever event in Los Angeles and that Pedro Munhoz and Keoni Koch will be headlining the card in a battle for the vacant RFA bantamweight title. On Friday, August 16th, RFA will present “RFA 9: Munhoz vs. Koch” live from the StubHub Center in L.A. and televised nationally on AXS TV.