UFC: Road to the Octagon episode for UFC on FOX 8: Johnson vs Moraga now online 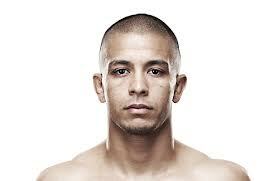 FOX television aired the latest episode of their UFC: Road to the Octagon specials earlier today, previewing UFC on FOX 8: Johnson vs. Moraga. Now that the episode has aired on both coasts, it is now available for streaming in case you missed it.

UFC: Road to the Octagon episode for UFC on FOX 8: Johnson vs Moraga now online

UFC on FOX 8 goes down on July 27th at the Key Arena in Seattle, WA. The event is set to be headlined by a flyweight title bout between the champion, Demetrious Johnson, and the hard-hitting John Moraga.