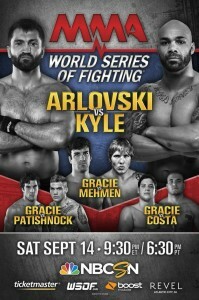 Tickets for World Series of Fighting 5 are currently on sale at all Ticketmaster locations, Ticketmaster.com and charge-by-phone at (800) 745-3000.