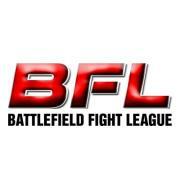 Battlefield Fight League 25 goes down this Saturday night (September 7, 2013) at the River Rock Casino in Richmond, British Columbia. What makes this event so special is that it is the first professional MMA event outside of the UFC that has taken place in the Metro Vancouver area in years.

It has taken a while for not only the province but the country as a whole, to embrace mixed martial arts. It’s rather sad considering UFC President Dana White has long considered Canada to be the “Mecca of MMA.” Yet in most provinces, professional mixed martial arts is unfortunately still treated as an outlaw sport.

Last year, BC’s Provincial Government decided to push forward a bill that would regulate pro and amateur MMA and put in power an athletic commissioner that would oversee it all. This was a pleasant surprise but at the time many were skeptics and many were worried British Columbia would emulate Ontario where that province and athletic commissioner (Ken Hayashi) have done their best to destroy the growth of the sport.

To make a long story short, things have worked out well and have moved forward swimmingly so far. Finally the people in the Vancouver region are going to see professional MMA return to the surrounding area. It’s not enough for any City to just allow the UFC to make yearly visits. In order for MMA to grow you have to allow other organizations to set up shop and build their promotion as well as young fighters. Nobody has done that better in British Columbia than Battlefield Fight League.

For years BFL has been mostly running amateur shows in Vancouver with a few professional events on the Island and in BC’s interior wherever the local athletic commissions allowed it. However, maybe the years of showcasing some of BC’s young amateurs has been a blessing in disguise for BFL because for the last few years they have marketed and helped in building homegrown talent and now have a chance to showcase them as they enter the professional realm. For all the hard work BFL President Jay Golshani has put into the Vancouver market, the big payoff is this Saturday.

Guys like Gary Mangat, Jeremy Kennedy, Micah Brakefield, Leo Xavier the list goes on, have become big names in the amateur ranks and are now going to be looking to build upon their professional careers with the same organization. Not to mention they are fighting in front of their friends and family instead of having to go down south to find a pro fight. It’s truly a win/win for everyone.

The card is stacked full of some of BC’s top young talent who will also be representing Canada as they take on American opponents. The card has a Canada vs. USA vibe to it as some talented Washington State fighters are making the trek up north. A few guys you want to keep an eye on are Gary “Saint Lion” Mangat (4-0) who will be taking on Josh Gow (2-0) in the Main Event of the evening. Gary has been training at Tristar gym in Montreal, and Josh comes from Sik-Jitsu in Spokane Washington. Both men have had great amateur careers and both want to keep their undefeated professional records intact.

Jeremy “JBC” Kennedy (1-0) is another kid that is looking to build upon his young career. Kennedy is a two time amateur champion and many people, including myself, feel he is one of the biggest prospects to come out of BC since UFC welterweight Rory MacDonald. It’s a hefty tag to put on a young athlete but there is a lot of promise to the kid they call “Junior Bacon Cheeseburger.” Both Mangat and Kennedy are worth the price of admission alone and if they both win this Saturday night they could be on a collision course to meet later in the year for a BFL title. That is a fight many local fight fans have wanted to see for a long time.

Micah “Mitey” Brakefield (2-1) is stepping into the cage with another tough American fighter in Jake Asher (3-0). Brakefield is a former BFL Amateur Welterweight Champion and is looking to rebound after a tough KO loss at the hands of Leo Xavier. Asher comes into this fight undefeated and brings an impressive ground game. It will be interesting to see how Asher does against a tough wrestler in Brakefield.

The sport in Vancouver has grown so much since the days of rogue fight organizations putting on events in bars or under the jurisdiction of native reservations. The UFC has taken MMA to the mainstream but it’s local shows like Battlefield that have helped educate and showcase the sport at its grass roots.

Although Battlefield has the green light to put on professional events in the region, they are not forgetting about the amateurs. BFL 25 is a Pro-Am card with the undercard being chalk full of ammy fights including a featherweight title fight. All of that is followed by a Main Card of professional action.

If you live in the Vancouver area, grab a friend, go and buy a couple of tickets through Ticketmaster and come on down to the beautiful River Rock Casino in Richmond, British Columbia. Go to BattlefieldFL.com for all the details. Card Subject to change.

MMASucka.com will be there live to update you on the action!