The final results are in for Bellator MMA’s event live at the Kansas Star Arena. The event featured the Bellator Lightweight Tournament Semifinals with Patricio Pitbull and Justin Wilcox moving on to the tournament final on November 15th from Atlantic City, New Jersey.  The night also showcased the return of Kansas’s own David “The Caveman” Rickels defeating J.J. Ambrose via TKO in a lightweight battle. 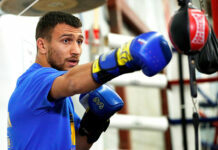 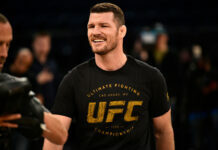