A lightweight battle between Nick Newell and Sabah Fadai has been added to the World Series of Fighting 7 fight card.

Newell (10-0) is undefeated in his professional career and most of his victories have come in impressive fashion. The one-armed fighter made his WSOF debut in August where he defeated Keon Caldwell via guillotine choke at WSOF 4.

Nick Newell vs Sabah Fadai added to WSOF 7 in Vancouver

Fadai (7-2) is coming off a triangle choke victory at MFC 35 against Cody Krahn this past October. The Mamba MMA fighter trains with some of the best fighters in the world including Kultar Gill and ONE FC fighter Bibiano Fernandes.

WSOF 7 goes down on December 7 from the PNE Agrodome in Vancouver, BC. The main event is a light heavyweight battle between Anthony Johnson and Mike Kyle. 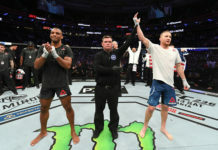 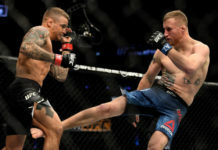