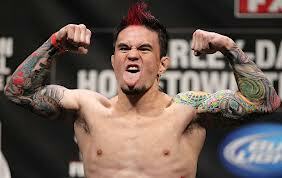 Some might say it would take a wizard to quickly find a replacement after Ian McCall suffered a hand injury in training, They might be right, as John “The Magician” Dodson pulled himself out of a hat and was inserted into McCall’s spot opposite Scott Jorgensen at UFC on FOX 9.

John “The Magician” Dodson (15-6), is the UFC’s #2 ranked flyweight, behind only Joseph Benavidez and champ Demetrious Johnson. A powerful puncher with lightning speed, “The Magician” was last seen knocking out promotional debutante Darrell Montague at UFC 166 just 10 days ago. The TUF 14 winner is looking for a rematch with the aforementioned “Mighty Mouse,” and is hoping that one more impressive victory will get him there. Can he get that victory over durable Jorgensen?

Scott “Young Guns” Jorgensen (14-7) is moving down a weight class after a middling run at bantamweight that saw him earn wins against fighters like John Albert and Jeff Curran, but fall to top 5 fighters like Eddie Wineland and current interim champion Renan Barao. The scrappy wrestler was last seen on the losing end of a 4 round scrap with Urijah Faber, tapping out to the “California Kid’s” vaunted rear naked choke. Will the divisional change reinvigorate “Young Guns” enough to start his time at 125 lbs. off with a win over Dodson?

UFC on FOX 9 goes down on December 14th, at the Sleep Train Arena in Sacramento, CA. The card is headlined by a lightweight title tilt pitting new champion Anthony “Showtime” Pettis against the always dangerous Josh “The Punk” Thomson. Stay tuned to MMASucka.com for more on this and other events.