Dana White made Nick Diaz an offer last week, he turned it down and stays retired 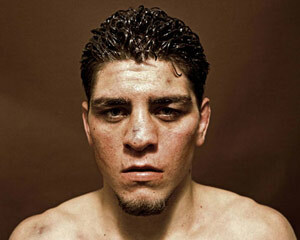 One of the most controversial fighters in mixed martial arts, Nick Diaz won’t be making his return to the UFC anytime soon.

Dana White made Nick Diaz an offer last week, he turned it down and stays retired

UFC President Dana White spoke with a number of reporters following the UFC Fight Night 32 event in Brazil and said he offered the Cesar Gracie fighter a bout, but his camp turned it down.

“I made the offer to them last week. They called me back and said he’s retired.”

Diaz retired from the sport of MMA after losing a championship bout against Georges St-Pierre at UFC 158 in March. Many believed it would only be a short layoff, but he assures that he will stay retired unless the UFC gives him “big fights”.

White wouldn’t confirm who the organization offered to Diaz and his management team, but he did mention a few weeks back that he was interested in a fight with Michael Bisping.