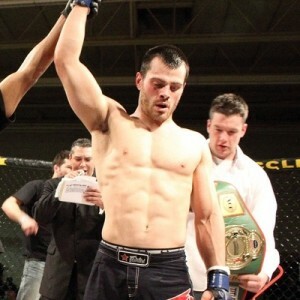 A last minute replacement has stepped in for an injured Ryan Chiappe at World Series of Fighting 7, as Marcus Vinicius will now take on Ryan Dickson.

Dickson (6-1) is coming off a second-round submission at Havoc Fighting Championship 3 against Advin Omic. The Burlington, Ontario native went 5-0 to start his career and picked up his lone loss against the always dangerous Alex Garcia.

Vinicius (9-6) last fought in July when he beat Dia Grant via first round rear-naked choke. Over the last three years, the Axe Capoeira fighter has competed in five bouts, going 3-2.

WSOF 7 goes down on December 7 from the PNE Agrodome in Vancouver, BC. The main event is a featherweight title fight between Lance Palmer and Georgi Karakhanyan.